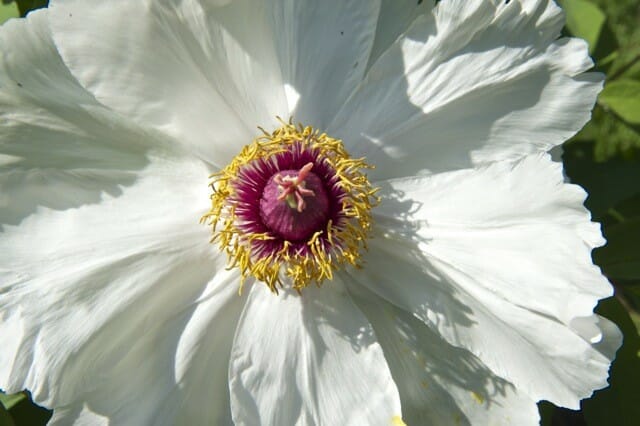 I TOOK IT AS A DARE when nurseryman Tony Avent named Paeonia ostii as one of his “plants that need a good P.R. person,” meaning ones more of us should grow—but don’t. How could I not order it, when he said things like, “It’s the best tree-peony species that exists,” or that his 6-foot-tall plant covers itself in 250ish giant, fragrant flowers early each spring?

I had never heard of Paeonia ostii, which a mutual friend, nurseryman and longtime peony expert Roy Klehm, had alerted Tony to, meaning it had to be good. One of the last tree species to come into cultivation, in the early 1990s, P. ostii is from China, where it is endangered in the wild—but will grow as well in the Southeast as it will in Minnesota (from Zones 4a to 8b at least). 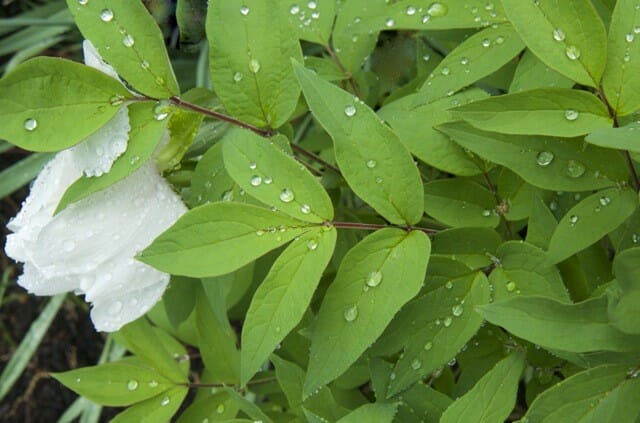 My plant was young but blooming-size when it arrived in 2012, and is now thigh-high with a dozen flowers—fast-growing for a tree peony. It seems to ask for nothing but a spot in the sun, and every part of the plant is beautiful, from the fine-textured leaves to the flower buds (all with delicate hints of red). 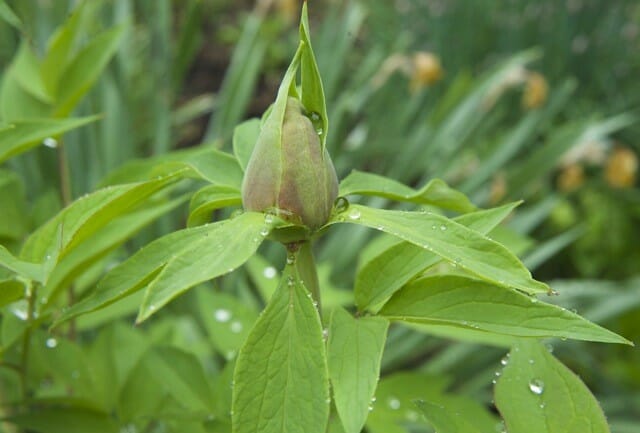 Seed for P. ostii is hard to find, says Tony, so sometimes it’s sold out–but the latest stash of seed got sown some time ago in the Plant Delights greenhouses, in hopes of offering it again in the January 2016 catalog.

“Emphasis on hope,” said Tony in 2015, who hoped the seedlings got the memo stating the January target date, and marked their calendars–which they did, thankfully. Mission accomplished.

I’m hoping for another ostii myself, but not impatiently, because to my mind: It’s not just a plant in need of a good P.R. person, but also a plant worth waiting for.

Categoriesannuals & perennials Featured trees & shrubs
Radio Podcasts
a way to garden podcast
Margaret's weekly public-radio show, from Robin Hood Radio in Sharon, CT, the smallest NPR station in the nation. Listen live at 8:30 AM EDT Mondays, to the replay Saturday morning, or stream the podcast anytime. LISTEN OR SUBSCRIBE FREE: Get the iTunes version; find it on the Stitcher app; or on Spotify, or your favorite podcast app. Browse past interviews below.
Podcast Archive

APPARENTLY I’M the kind of person people give tree peonies to, because over the years I have been gifted four of them by four different..
Read More
h
June 9, 2019
14 Comments

herbaceous peonies: planting, growing and even cut flowers that last, with jeff jabco

AMONG SHRUBS, the most common ones I hear people wondering aloud about are hydrangeas, hydrangeas, and more hydrangeas. But when it comes to questions about..
Read More
b
May 15, 2008
21 Comments

I HAVE A NUMBER OF SPECIES PEONIES, meaning NOT the big-flowered hussies of garden popularity but their wild, and more discreet, cousins. One such species..
Read More