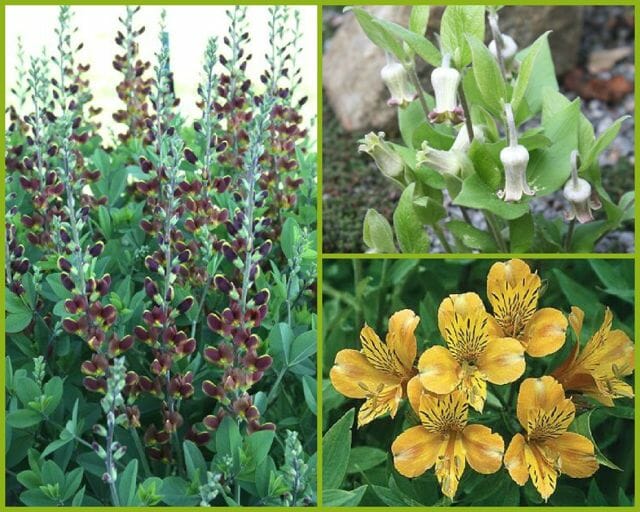 HE’S A PREACHER AND A PROSELYTIZER in the spirit of planthood, and a man of many (mostly hyperbolic) words—or at least you’ll hear him speaking in superlatives when he isn’t uttering unhesitating, flawless botanical Latin. That’s Tony Avent, proprietor since 1988 of Plant Delights Nursery in Raleigh, North Carolina.

Not long ago, we swapped  pet peeves (like made-up plant names applied by marketers in the guise of trademarks) and also plants we’re crazy about—including overlooked ones, ones Tony calls “plants that need a good p.r. person.” He’d certainly be the publicist I’d hire if I were a shrinking violet with chlorophyll in my veins. Meet some of these overlooked creatures.

Yes, Tony Avent allows the occasional common name—provided it’s a valid one, like catmint for Nepeta, for example, or elephant ear for Colocasia. But under the headline Peltoboykinia watanabei in his latest catalog, above the description including the Tony-isms “tall, bold and bodacious,” and a “fabulous member of the saxifrage family,” there is none. It simply says “No chance…Learn Latin” where the common name would be.

On the other edge of the plant-naming game, the taxonomists get to Tony sometimes, too, and he disregards some of the pronouncements that a plant’s been reassigned to a new genus (his Dicentra or bleeding heart, for example, aren’t labeled Lamprocapnos yet, no matter what the chromosome-counters say).

“When botanists differ on correct nomenclature,” he writes in his lively twice-yearly Sales Catalog and Plant Owner’s Manual, “we hop in the pickup, find a few taxonomists, and throw darts at them.” A few pages later, under the entry for enchanting Clematis viticaulis (a Virginia native charmer that certainly needs better press; photo in upper right of the top collage on this page), he says it’s “very similar in appearance to Clematis ochroleuca, and frankly I can’t see enough difference to warrant a separate species…but that’s how we keep taxonomists employed and off the streets.”

To say he is opinionated would be an understatement, on topics ranging from the topping of crape myrtles (“Crape Murder: The Unkind Cut”)  to that trademark monkey-business we both loathe (“The Misuse of Trademarks in Horticulture“). But he adds plenty of humor that makes his messages more palatable—and memorable. I mean, who knew that the bold foliage of gorgeous Silphium terebinthinaceum, or prairie rosinweed (Zones 3-8; right side of collage below), was a favorite of bison (and you thought deer were a problem!).

What Plant Delights Nursery has done since it founding really adds up to providing great PR for deserving plants, even when virtually nobody else was singing some of their praises. Here are some of its current “clients:” 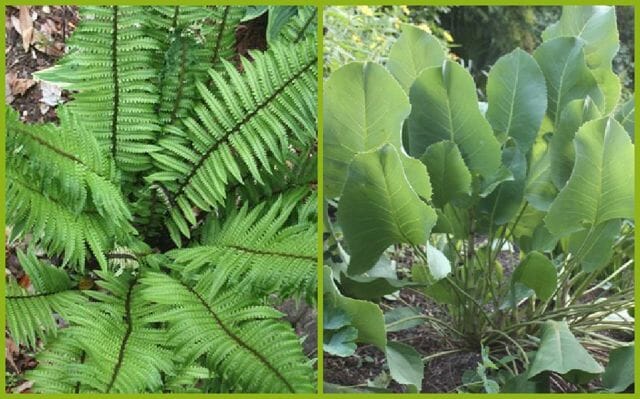 for the love of ferns

‘I‘M FERN CRAZY,” Tony happily admits, noting that he grows more than 1,000 kinds in the garden—yes, I got the zeroes right, all three of them: 1,000. He loves them for their texture and durability, “and they’re deer-resistant,” he adds. Standouts include ‘Godzilla’ (a huge cross of a lady and a painted fern—it sold out instantly the one time PDN offered it), and Dryopteris pycnopteroides (left side of collage, above).

“It’s one of the finest ever and should be in every shade garden,” says Tony. “Absolutely dazzling, and the spring new crosiers are the best of any fern we’ve ever grown.” Another real gem: Adiantum venustum, the Himalayan maidenhair, which is evergreen at PDN and weaves through the woodland garden.  “I saw this growing in China at 13,000 feet,” he recalls, “so it’s insanely hardy, but tolerates our summers.”

TONY WAS PREPARED to have to convince me on this next one, but no hard-sell required. Kismet! “We really should mention Chloranthus,” he started saying, “a fabulous, but seriously obscure genera of Asian woodland perennials.  If you look these up, there’s a reference to the word esoteric.” Surprise: I’ve grown C. japonicus (right side of collage below) for close to 20 years—another story altogether—but I agree with Tony the Publicist’s assessment:  “It would take a really good PR agent to convince people that they should grow Chloranthus,” he says, “but for bold texture in the shade, these are at the top of my list.” Great minds think alike. (Zones 6-9, but I grow the one species in Z5.) 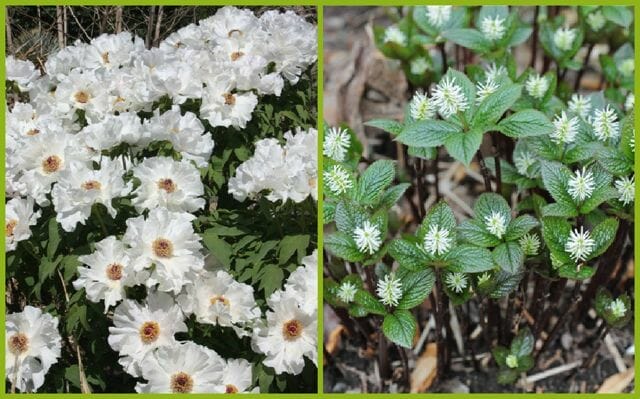 ‘IT’S THE BEST tree-peony species that exists,” says Tony, in his typical tone of moderation. How could I have never heard of Paeonia ostii, I thought (left side of above collage). But since he told me a mutual friend, nurseryman Roy Klehm, tipped him off to it, I knew it had to be good. (And yes, I ordered one immediately.)  “Paeonii ostii is one of the last peony species to come into cultivation,” Tony says.  It’s extra-early to bloom (in March at PDN), “with over 100 dinner-plate-size flowers that are deliciously fragrant.” Now 6 feet tall in the PDN garden, it grows equally as well in the hot, humid southeast U.S. as in Minnesota. How’s that for good PR?

louisiana iris, and then some

THOUGH NATIVE to Zone 8, they’re hardy to at least Zone 6—and that’s not the only mark of the versatility of the tall, showy Southern wildflower called Louisiana iris, or Iris x louisiana. “They’re native to swamps but don’t need to grow in swamps,” he says, and oh, what colors: rich purples, reddish tones (like ‘Red Velvet Elvis’, right side below) and yellows, with some of the top breeding coming out of New Zealand.  “Folks on the other side of the world appreciate our natives better than we do,” says Tony. 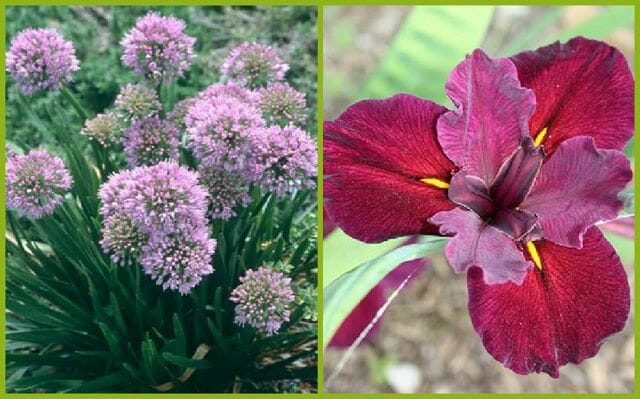 an allium for the millenia

WHEN TONY AVENT says something like “The best allium that’s ever been, no question,” you probably want to know the variety, right? It’s Allium ‘Milennium,’ above left, a “rock-gardeny thing from the Onion Man in Massachusetts,” Mark McDonough, that forms foot-tall-and-wide clumps that send up rosy-purple 2-inch blooms for more than a month in late summer, and it’s not only the gardener who notices. “Butterflies go nuts for it,” Tony says. “If this were a bulbous onion carried by bulb catalogs, everyone would grow it.  Because it’s not, it’s still virtually unknown.” (Zones 5-8)

Pedigree can sell, or sink, a plant—even a foot-tall, mildew-free phlox with profuse, clean white flowers that hummingbirds love (below, right side). “‘Phlox ‘Minnie Pearl’ would be in every garden if it had come from a major breeding program,” says Tony, “but because it was found by the railroad tracks in Mississippi, it needs a good PR agent.”  ‘Minnie Pearl’ 9below right) is probably a naturally occurring hybrid between Phlox maculata and possibly P. glaberrima, but on the score of its parentage, Tony’s catalog zinger: “As is normal in the South, birth records are often missing or incorrect.” (Zones 4-9) 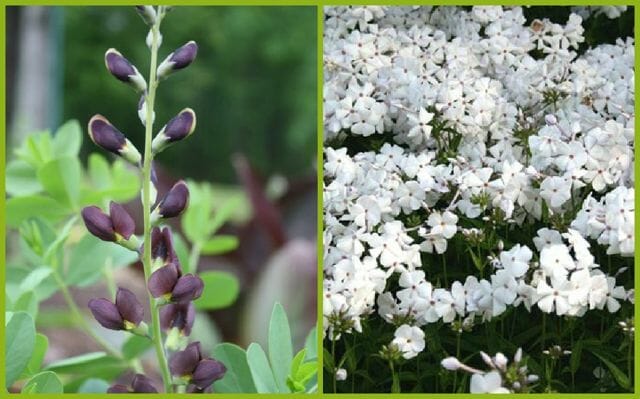 I hadn’t taken proper notice of just how different—how much improved—the latest generations of Baptisia are, at least until my friend the self-proclaimed plant publicist brought it up.  Tony’s been infatuated with what he often calls “redneck lupines” for years; he wrote about them in “Horticulture” a decade ago, saying his obsession began in 1994. It’s the summer-blooming species of these American-native, drought-tolerant, butterfly attracting, deer-resistant perennials with gorgeous foliage (enough good PR in that list of assets to wake you up?) that particularly fascinate him.

In recent years breeders have worked on various fronts: to enhance color (Hans Hansen of Walters Gardens gets the credit here, says Tony—just look at ‘Cherries Jubilee’ and ‘Dutch Chocolate’ (left side of collage above) and ‘Chocolate Chip’ if you’ve only seen blue or maybe yellow before; that’s ‘Chocolate Chip’ top left of the top photo on the page). They’re also being tinkered with by Plant Delights for height—“for separation between the flowers and the foliage—more like a lupine,” he explains about the potential trait that most interests him.

“I first invited Hans to travel with me to Oklahoma in 1998 to collect Baptisia seed,” says Tony.  “We both took the same genetics and went in completely different directions.” 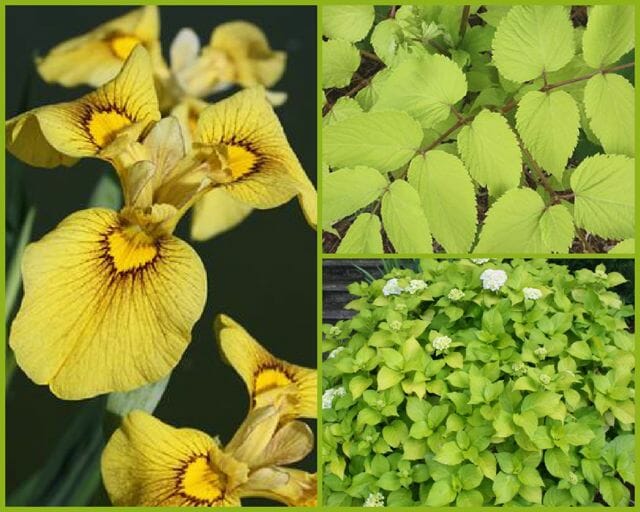 the rest of the under-appreciated

how to enter to win

TO ENTER TO WIN one of two $40 gift certificates to Plant Delight Nursery, simply post a comment below, answering this question [UPDATE: The giveaway is now over.]:

What plant do you grow that you think more people should appreciate?

Don’t worry, you can always just say, “Count me in” and I’ll include your entry, but if you’re willing, I’d love to know what plants you could be the PR agent for.

Winners will be were chosen at random after entries closed at midnight Thursday, September 13, 2012. Good luck to all.

A LITTLE POST SCRIPT: THE ONLY THING TONY and I disagreed about in our conversation: Who’d pay for the two $40 gift certificates. I prefer to buy prizes myself, but he insisted. In way of thanks, and in honor of his high school sweetheart, wife, and business co-founder Michelle Avent, who died this year after a four-year fight with breast cancer, A Way to Garden made a donation to the J.C. Raulston Arboretum. The late J.C., who I was privileged to meet on various occasions, was Tony’s mentor at North Carolina State University; if you have not visited the Arboretum, do.  And be sure to time your visit during one of Plant Delight’s giant open house dates. Neither place needs any PR that I can tell; both are already stellar.

Categoriesannuals & perennials bulbs groundcovers vines
Tags
Tony Avent
Radio Podcasts
a way to garden podcast
Margaret's weekly public-radio show, from Robin Hood Radio in Sharon, CT, the smallest NPR station in the nation. Listen live at 8:30 AM EDT Mondays, to the replay Saturday morning, or stream the podcast anytime. LISTEN OR SUBSCRIBE FREE: Get the iTunes version; find it on the Stitcher app; or on Spotify, or your favorite podcast app. Browse past interviews below.
Podcast Archive

i’m on plant delights’ cover, but no, you cannot order a potful of me

I SEEM TO HAVE ACHIEVED a new level of connection (resemblance?) to things that photosynthesize: I am finally one of the colorful faces on the..
Read More
a
May 19, 2015
19 Comments

I TOOK IT AS A DARE when nurseryman Tony Avent named Paeonia ostii as one of his “plants that need a good P.R. person,” meaning..
Read More
6
June 4, 2013
70 Comments

HOSTAS ARE SO FAMILIAR, you probably think as I did that you know plenty about them. Yet in a conversation with Tony Avent, founder of..
Read More