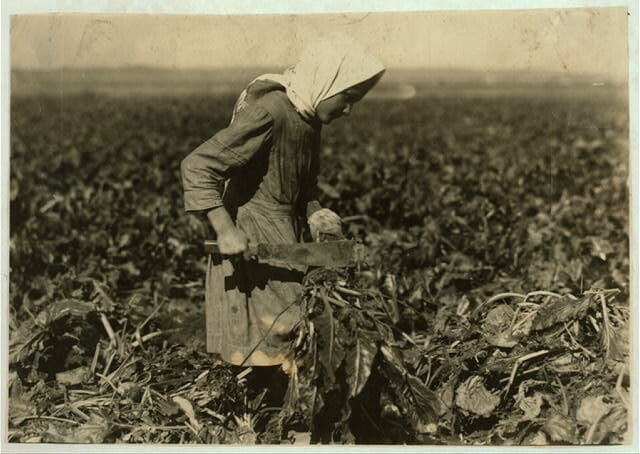 IN THAT MOST COUNTER-INTUITIVE OF GARDEN MOMENTS, it’s time to make things that were just very pretty look like hell, and to plant more of the same vegetables you may not even have harvested your first crop of. I know, crazy. But here’s the scoop, in five things you must read (and do) while I’m outside brutalizing my poor garden in the name of the greater good.  Feeling brave?

(If you prefer to listen to this subject in my weekly podcast, it’s here to stream, and also on iTunes, in the show recorded June 13, 2011 with WHDD, Robin Hood Radio, the nation’s smallest NPR affiliate.)

WHY WOULD ANY SANE PERSON hack her front yard down to stubble and mulch? Because many early performers—including some of the most popular euphorbias, like polychroma; some perennial geraniums such as macrorrhizum and phaeum; catmints and pulmonarias and some salvias (‘May Night,’ for instance) and much, much more will truly look like hell in a little while if you don’t spare them the descent into that state with a stern haircut. My brutal tactics.

YES, YOU CAN FINALLY CUT BACK the faded foliage of your spring bulbs, provided they have started to pale toward tan. If not yet, it will be any week now (I usually mow my big drifts around July 4; sometimes they ripen sooner). My Bulb FAQ includes this and other care, like what to do with bulbs that didn’t bloom well.

IKNOW, YOU HAVEN’T even eaten a green bean yet, or a beet, but you should have already sown more. Like many crops (including arugula, bush beans, carrots, cilantro, kale, kohlrabi, lettuce, radishes, scallions, turnips and even spinach–assuming you’re using a heat-resistant variety and growing it in a cool spot) succession sowing every two weeks insures a staggered supply of peak-season crops over the longest possible season. Starting some more basil and dill right now to match up with late-summer tomatoes and cucumbers wouldn’t be a bad idea, either.  How I calculate what to sow when and where.

THIS YEAR, THANKS TO A variety of creatures from flea beetles to a visiting woodchuck, I am growing all my tempting vegetables (everything but tomatoes, onions and garlic) under floating row covers. As the summer heats up, I need to change the sheets, or risk cooking the vegetables before they’re fully grown. The lightest-weight fabrics such as Agribon-15, sometimes called insect barrier, lets in about 90 percent of light and barely traps heat beneath it, weighing a mere .45 ounces per square yard (compared to several times that for fabric suited to cool months and offering frost protection).  This floating row cover chart from Fedco shows the range of weights and features. (If all you need is to shade things a bit, you may prefer knitted shade cloth instead.)

IAM PREDICTING A slug-filled season here, but before these slimy creatures get out of hand, I’m reviewing how to deal with them.

Now outside again I go; where’s my machete? 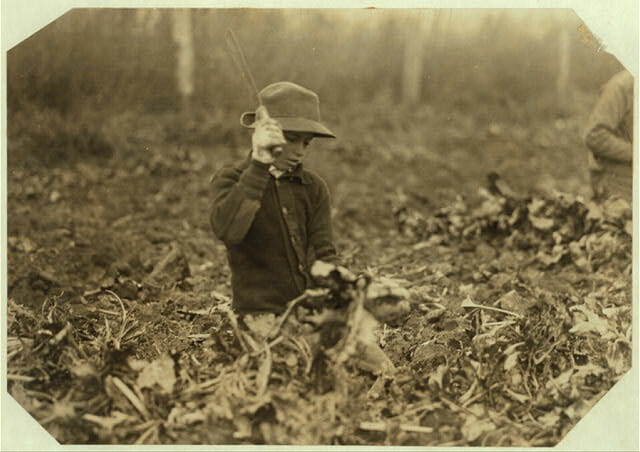 (Vintage photos from the Library of Congress archive are actually of child workers cutting off beet tops in the sugar-beet fields at harvest time in Colorado, circa 1915.)

Categoriesannuals & perennials edible plants for beginners vegetables
Radio Podcasts
a way to garden podcast
Margaret's weekly public-radio show, from Robin Hood Radio in Sharon, CT, the smallest NPR station in the nation. Listen live at 8:30 AM EDT Mondays, to the replay Saturday morning, or stream the podcast anytime. LISTEN OR SUBSCRIBE FREE: Get the iTunes version; find it on the Stitcher app; or on Spotify, or your favorite podcast app. Browse past interviews below.
Podcast Archive

I THOUGHT I was familiar with the various and extensive botanical treasures at the University of Wisconsin-Madison–including the oldest restored prairie in the world, an..
Read More
t
June 2, 2013
16 Comments

‘NOTHING LASTS.’ That Eastern-style philosophical message of impermanence is also what the June garden teaches. What was just all about fresh color and foliage and..
Read More
g
February 22, 2015
588 Comments