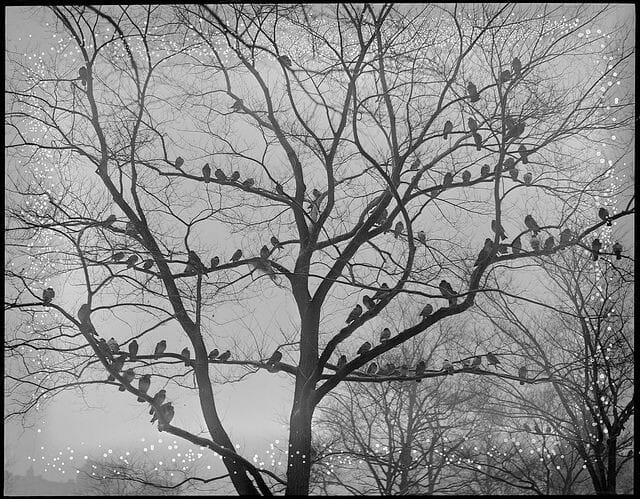 I’LL TELL YOU MINE, if you tell me yours–and then how about we all tell eBird.org (or Project Feederwatch, or the Great Backyard Bird Count)? I’ve been counting birds as I do each winter, but I’ll admit to being lazy lately about recording my data. Which looks something like this most days this winter:

And two weeks before that:

No turkeys have floated in over the fence lately, though I hear the occasional beating of wings that is a group taking flight from their roosts, and it has been so cold that I have been muffled inside, deprived from fullest enjoyment of the sound of the local barred owl. But I count them among my companions, if not officially.

Other sparrow species are certainly about, but I am terrible at identifying them by ear. Only the two kinds mentioned, the white-throated and the juncos, are visiting the area under the birdfeeder for easy visual ID.

Species missing so far, that I can usually count on in a given winter:

If I feel the need to see starlings, I need only walk to the extensive dairy-farm fields just down the road, where there are also often flocks of sea gulls despite the inland position.  On days when stored-up slurry of waste from the herd is spread on the frozen fields, loaded with bits of undigested grain I expect, so many crows descend that I cannot even guess the count–but it’s a fantastic sight.

Birds I wish would visit this winter, as they do every couple or few, but apparently not this time:

Only one year in 30ish here did I have a visit from the winter finches called pine grosbeaks. But a girl can live in hope–and I do, that those gregarious, beautiful birds will stop in sometime again.

Let me know who you’re keeping company with this winter, please.

(P.S.–Early February update: Since this story was posted, I have added a few visitors. A male flicker, on the suet feeder daily; the aforementioned pileated, who is drumming again.)

THE ONLINE bird-counting application called eBird, a project of Cornell Lab of Ornithology, celebrates its 10th year in 2015. Unlike well-known counts such as Great Backyard Bird Count and Project Feederwatch (more on them below), which have specific start and end dates each year, eBird is a lifetime tool, for use anytime, and whether at home or elsewhere. Maybe make joining eBird a slightly belated New Year’s resolution?

I like eBird’s new-in-2014 “Location Explorer,” a dashboard allowing you to zoom in on who’s seen what in a particular area of interest—as useful for seeing what other species are around where you live as it is for planning a birding trip to some exotic distant place.

Within it I can drill down to the “hotspots map,” then zoom in and see how many species have been recorded in my vicinity. For instance, in the public land surrounding my place (the Taconic State Park—Copake Falls Area; Columbia County, New York), there are 89 species recorded from 11 checklists. What’s exciting: More than a dozen of those species are ones I have yet to see, and my own life list here includes almost as many that aren’t among the 89.

That’s why it’s important that we all participate, and share our data, so a fuller picture can be had by researchers than they could gather on their own. As in: Do you see what I see? Probably not. Off I go to transfer the numbers on my pad of paper into my eBird account. 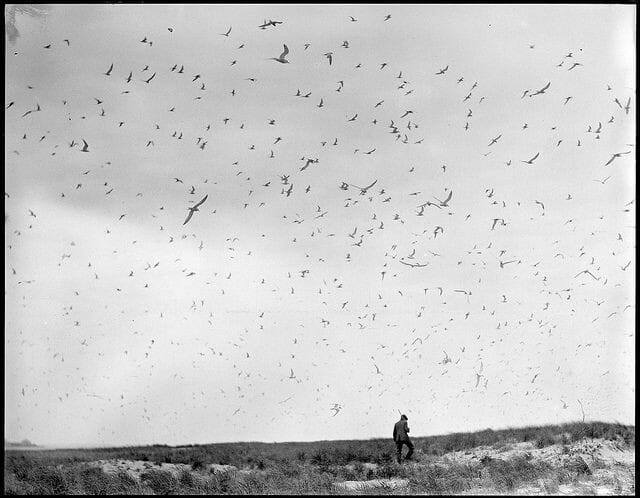 (Photos up top and just above by Leslie Jones (1886-1967), from the Boston Public Library Collection. More on “the camera man,” as Jones, a longtime Boston newspaper photographer, called himself, in this story, or in the BPL’s Flickr archive of his work.)

I’LL TELL YOU MINE, if you tell me yours–and then how about we all tell eBird.org (or join the upcoming Great Backyard Bird Count)? I’ve..
Read More
c
January 23, 2017
16 Comments

I’LL TELL YOU MINE, if you tell me yours–and then how about we all tell eBird.org (or join the upcoming Great Backyard Bird Count), and..
Read More
a
June 19, 2016
214 Comments

a close look at those hard-working woodpeckers, with stephen shunk

WHEN I GOT my copy of the new “Peterson Reference Guide to Woodpeckers of North America,” I tracked down the author’s email address at once,..
Read More