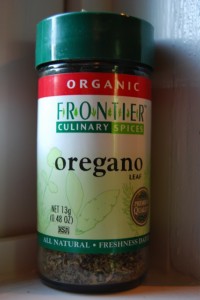 I WANTED TO PLANT OREGANO some years ago, as I expect many gardeners do, for a fresh supply to cook with. That may sound like a simple desire, though fulfilling it was anything but. The plant marked as “Oregano” at the garden center grew lush with little care, a low, green mound with a pleasant aroma if touched. But come harvest time, the oregano leaves tasted like peppery dirt, if that good, and the plant had spread in every direction I did not intend for it. Not exactly what I had in mind for a seasoning with my homegrown tomatoes, or a good garden subject. Was it poor (or too-rich) soil? The wrong location? Improper care? No: Wrong plant.

Called “the mystery plant of the herb world” by The Rodale Herb Book, “oregano” is the common name for a small multitude of plants that are mostly useless in the kitchen. Among them are many true oreganos, in the genus Origanum, and also many plants that aren’t. Mexican oregano (Lippia graveolens) is a relative of lemon verbena, not oregano. Cuban oregano (Coleus amboinicus) is a succulent that tastes and smells somewhat like oregano and makes a good houseplant. It is used like oregano in Cuban cuisine. Italian oregano thyme, a member of the genus Thymus, also has the familiar oregano scent.

Among the true oreganos there are choices for great beauty, like O. vulgare ‘Aureum,’ a golden-leaved form. (My sorry plant was probably just plain O. vulgare—not even pretty like the golden kind.) Sweet marjoram, a kind of oregano known as O. majorana, is more the stuff of French cuisine, and an excellent culinary herb. Pot marjoram, O. onites, is also savory-flavored.

But if you want to cook with the classic oregano taste, you want to try Greek oregano, O. heracleoticum, which is a pungent species, and one of the best for strong, true oregano taste, as is seedless oregano, O. viride. For culinary use, the Herb Society of America recommends Origanum x majoricum, a hybrid between Italian oregano and hardy sweet marjoram, and profiles all the cousins and taste-alikes mentioned here.

As with many herbs, the true oreganos will be most flavorful just before the flowers open, when the maximum concentration of oils is in the leaves. Bunch springs together with a rubber band, and hang them in a dark, dry place to dry, or use fresh.

And tell me, which “oregano” do you grow and cook with?

UPDATED 7/1/08: The Serious Eats blog picked up this post, and the oregano conversation continues there.

Categoriesherbs recipes & cooking
Radio Podcasts
a way to garden podcast
Margaret's weekly public-radio show, from Robin Hood Radio in Sharon, CT, the smallest NPR station in the nation. Listen live at 8:30 AM EDT Mondays, to the replay Saturday morning, or stream the podcast anytime. LISTEN OR SUBSCRIBE FREE: Get the iTunes version; find it on the Stitcher app; or on Spotify, or your favorite podcast app. Browse past interviews below.
Podcast Archive

WHEN I CALLED Rose Marie Nichols McGee after much more than a decade, it was like we’d just hung up moments before. “Do you still..
Read More
h
January 20, 2013
307 Comments

IF YOU DON’T HEAR FROM ME for a month or three, don’t worry: I simply got lost on a magical mystery tour of the Horizon..
Read More
8
February 3, 2018
251 Comments

NIKI JABBOUR’S ADVENTURES with oddball, unexpected edibles began when she grew a 5-foot-long snake gourd intended as an element of Halloween decorations. And then almost..
Read More