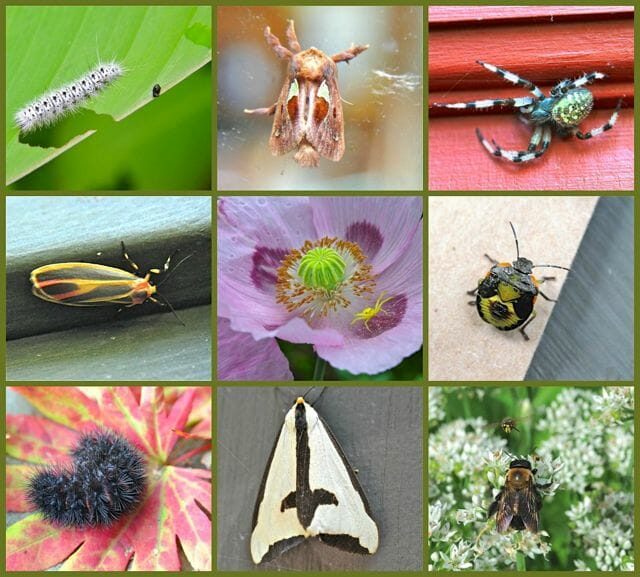 ‘WELCOME TO BUG GUIDE,’ Contributing Editor Maury said pretty quickly after I’d posted my first image on the community website called BugGuide.net. The site is where naturalists of all levels share photos of “insects, spiders and their kin” to foster enthusiasm and expand the knowledge base about these often-overlooked (and as BugGuide points out, “oft-maligned”) creatures. Bug Guide has long been a go-to resource for me, but now I’m starting to engage further. How to use this invaluable online tool, and maybe contribute valuable observations yourself.

It’s not all about pretty pictures–when and where a bug was recorded is a big part of the information being captured as the image itself. That’s because the site “helps expand on the natural histories” of its subjects, it says. “By capturing the place and time that submitted images were taken,” it explains, “we are creating a virtual collection that helps define where and when things might be found.” 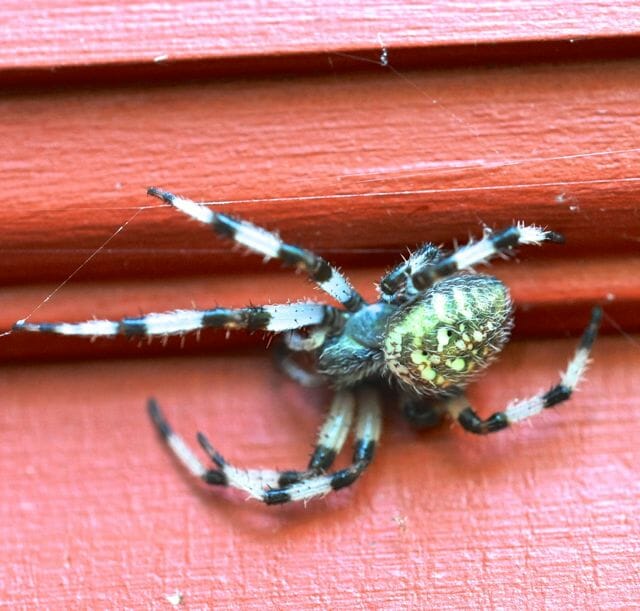 I would have felt welcome enough after Maury‘s hello, but then pretty quickly things got even friendlier. A previously anonymous recent arachnid visitor of mine—a colorful spider that was the second photo I uploaded (the one above)—got identified by BugGuiders with relative certainty as a Shamrock Orbweaver.

“Maybe Araneus trifolium? Let’s see what the others think,” Contributing Editor Laura said, in the notes that suddenly appeared below my image.

“I’m pretty sure this is A. trifolium,” concurred Contributing Editor Kryontf. 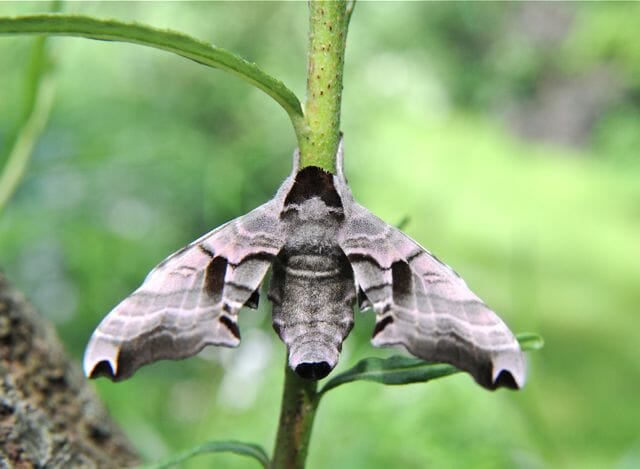 Now, just to be clear: BugGuide’s mission is not to be a free service aimed at ID’ing hundreds of photos a day for anyone who didn’t try to help themselves first. The expectation is that you will both give and get (hence my characterization that it’s a community), and that before you upload an image asking for an ID, you will do some searching yourself.

You don’t have to know anything about insects or spiders, but can start simply by comparing their overall shape to the clickable silhouettes in the graphic navigation on the top left of every page (I took a little screen shot; see it below). It will get you browsing similar-shaped creatures. It’s the way I found my Twin-Spotted Sphinx Moth (above), Smerinthus jamaicensis, among other moth-shaped beauties. (More on using BugGuide is at the end of this page.) 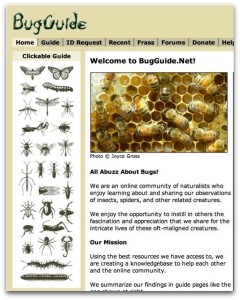 I didn’t upload photos of bugs whose IDs I was sure of, or ones BugGuide already had ample good images of, if mine wasn’t going to prove an addition to the collection in some way—unless the insects were doing something not seen in another image so far, for instance, or if they were doing it an unexpected time of year, or at the very least if my photo was sharper and more detailed, perhaps. If a photo doesn’t really add anything, BugGuide is up front in saying it may be sent to the “frass” folder–you know, frass: the powdery refuse that those naughty bark borers left after fatally penetrating my crab apples, or the excrement of insect larvae. In other words, the editors flush it (after a 30-day stay in frass purgatory). 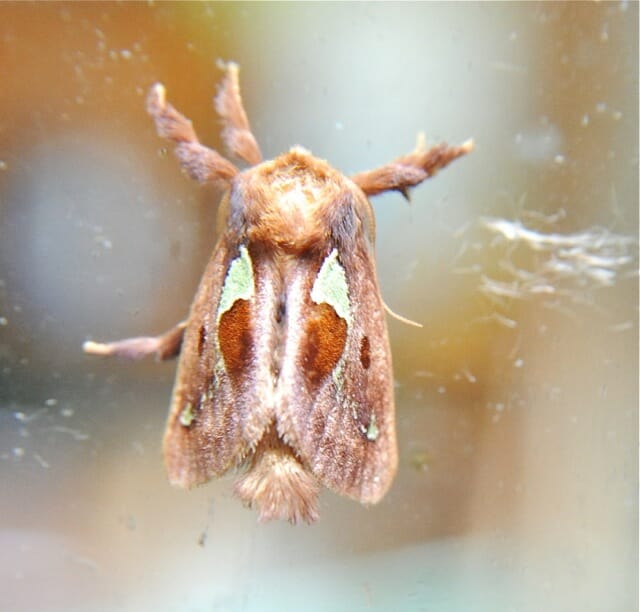 My crowning BugGuide achievement so far:

Apparently I uploaded the “earliest Spiny Oak Slug [Moth] posted on BG,” typed Contributing Editor Robert in the comments, which I’ll admit made me smile. And then he added: “BTW like your name … some of my favorites :) ” (And yes, Robert’s comment included that actual hotlink–the one on favorites–which took me to the Roaches he has added to BugGuide.net. Very clever, that Robert.)

Apparently I have found a spot in the greater order of things where I fit right in.

BUGGUIDE.NET is all about insects, spiders and their kin from the United States and Canada. It was begun in 2003 by Troy Bartlett of Georgia, a keen nature photographer who now blogs at NatureCloseups, and eventually moved under the wing (aren’t I endlessly clever?) of Iowa State University’s Department of Entomology, which today hosts BugGuide.

More than 170 volunteer contributing editors help make it work; more than 500,000 images have been recorded. Here is how to begin:

Categoriesfor beginners insects & worms pests & diseases
Radio Podcasts
a way to garden podcast
Margaret's weekly public-radio show, from Robin Hood Radio in Sharon, CT, the smallest NPR station in the nation. Listen live at 8:30 AM EDT Mondays, to the replay Saturday morning, or stream the podcast anytime. LISTEN OR SUBSCRIBE FREE: Get the iTunes version; find it on the Stitcher app; or on Spotify, or your favorite podcast app. Browse past interviews below.
Podcast Archive

HOW CAN YOU KILL this “bad” bug or that one? Well, here’s a thought that does not involve buying some packaged product with unintelligible ingredients..
Read More
g
August 24, 2012
20 Comments

YES, I HAVE GONE BUGGY. (As I keep saying semi-jokingly, with a last name like Roach, what other outcome could there have been?) The last..
Read More
s
March 15, 2015
22 Comments