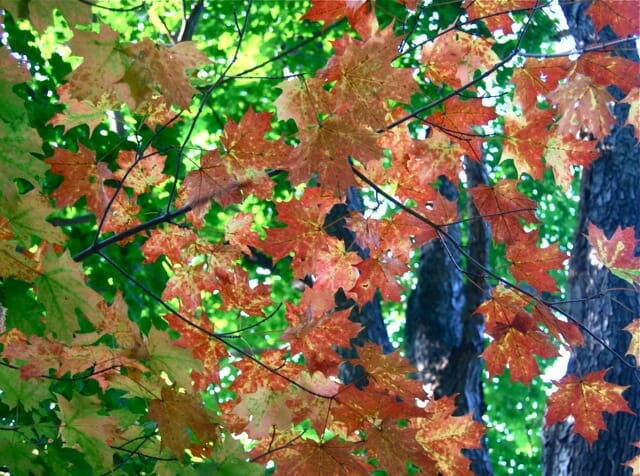 THE FIRST COLD NIGHTS AND FIRST FLAME-COLORED LEAVES stir a mixed well of emotions: “Thank goodness,” I think, and then, “Why can’t it last?” Frankly, I am as burned out as my garden at this point, and will be happy to be free of from twice-weekly mowing and lusty weeds. I say that, however, as someone whose best gardening season is yet to come. Some hints of it are showing already: 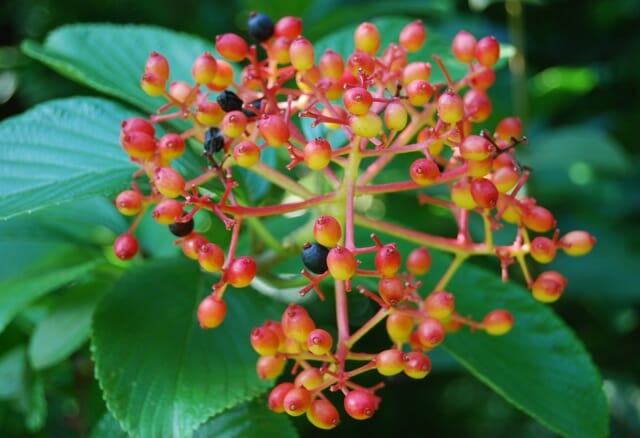 Various of the many viburnums here are already devoured, but V. sieboldii is partway ready for avian visitors (above), and the many smaller yellow fruits of V. dilatatum ‘Michael Dodge’ are really coloring up nicely, too (below). 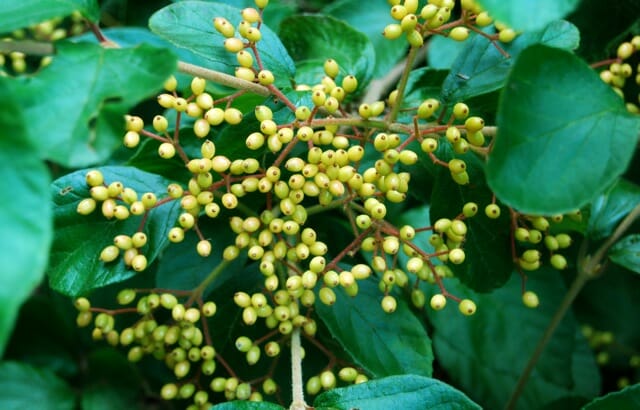 Many plants have had a good fruit set because of extra-heavy rainfall, including the golden-leaved Cornelian cherry (Cornus mas ‘Aurea,’ below). The birds have taken most of them already. 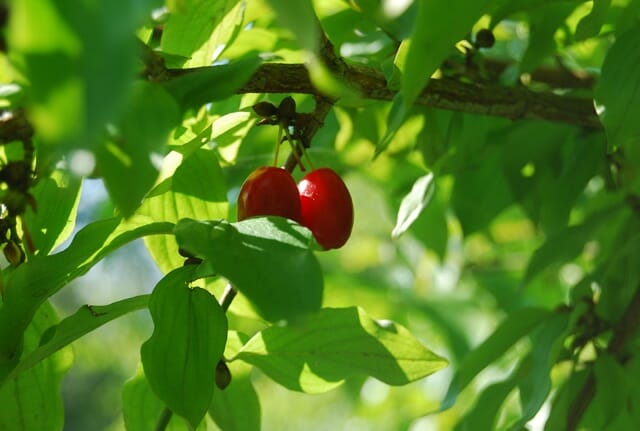 My favorite large-fruited crabapple, ‘Ralph Shay’ (bottom photo) is getting ripe, and its many smaller-fruited cousins are soon to come into their own as well.

Still ahead: Dozens and dozens of shrubby winterberry hollies (Ilex verticillata), which are mostly still all green but covered in berries. They’ll rate a whole post of their own once they’re ready, once they’ve gone golden or tangerine or fire-engine red and dropped their leaves. Stay tuned on that score.

So which is it now as you look out your window: What lies ahead? Is it uh-oh, or yippee over there? 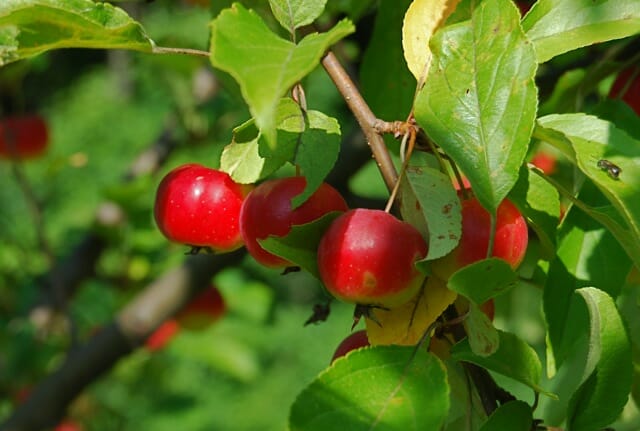 Categoriestrees & shrubs
Tags
fall garden
Radio Podcasts
a way to garden podcast
Margaret's weekly public-radio show, from Robin Hood Radio in Sharon, CT, the smallest NPR station in the nation. Listen live at 8:30 AM EDT Mondays, to the replay Saturday morning, or stream the podcast anytime. LISTEN OR SUBSCRIBE FREE: Get the iTunes version; find it on the Stitcher app; or on Spotify, or your favorite podcast app. Browse past interviews below.
Podcast Archive

a fruitful year for my viburnum

IF I COULD ONLY HAVE ONE GENUS of plants (please, never let that be the rule!), it would probably be Viburnum. With my many shrubs..
Read More
v
April 14, 2008
38 Comments

NO, I HAVE NOT GONE MAD when I say it’s time to think fall—and winter, and summer—and most definitely not just spring. Nursery shopping is..
Read More
f
February 3, 2010
27 Comments

finally waking up to ‘riesentraube’ tomato

I MUST HAVE CUT CLASS WHEN ‘RIESENTRAUBE’ TOMATO was in the lesson plan. But how could I have missed or slept through what looks to..
Read More