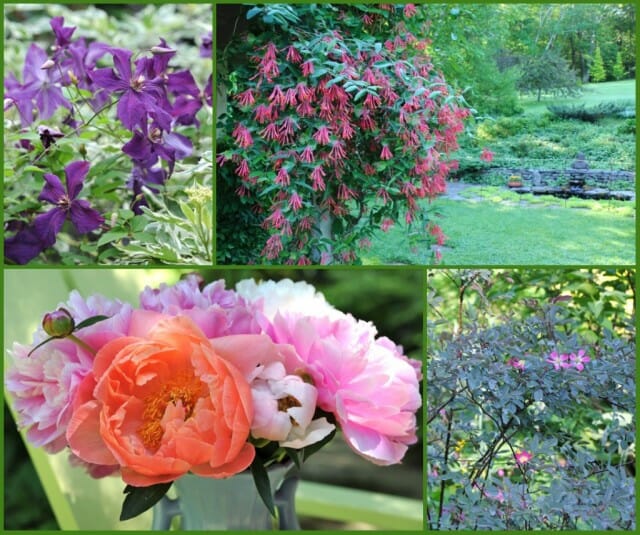 IT REMINDS ME OF THAT SIMON AND GARFUNKEL SONG, “At the Zoo.” In early June, it’s all happening at the zoo I call a garden, a place full of plants that seem to want to act up and act out, one after another: Kousa dogwoods, peonies, roses, mock orange, Chionanthus, the next wave of alliums and more.

The song goes on to describe one animal after another: The monkeys stand for honesty, Giraffes are insincere… Here’s it’s more like this (do forgive the lack of meter and rhyme):

So please, don’t look at the faded lilacs here waiting to be deadheaded, or the early perennials in need of a haircut. Look elsewhere right now, at the better-dressed members of my botanical zoo (profiled in all the green links in the list above).

Tags
margaret roach garden
Radio Podcasts
a way to garden podcast
Margaret's weekly public-radio show, from Robin Hood Radio in Sharon, CT, the smallest NPR station in the nation. Listen live at 8:30 AM EDT Mondays, to the replay Saturday morning, or stream the podcast anytime. LISTEN OR SUBSCRIBE FREE: Get the iTunes version; find it on the Stitcher app; or on Spotify, or your favorite podcast app. Browse past interviews below.
Podcast Archive

THE FIRST PERENNIAL GERANIUMS are rushing by; the Viburnum flowers are shattering. But the “June garden” (which started a couple of weeks early, like everything..
Read More
h
September 15, 2011
8 Comments

THE GARDEN HAS PUT UP WITH A LOT THIS YEAR–astonishing rain, bouts of hail, and woodchucks galore–so it’s a wonder that anything feels like showing..
Read More
a
June 14, 2009
39 Comments

I T’S NOT THE BEST KOUSA DOGWOOD YEAR EVER here, with only half-hearted blooms in most cases and some of the gang having taken a..
Read More