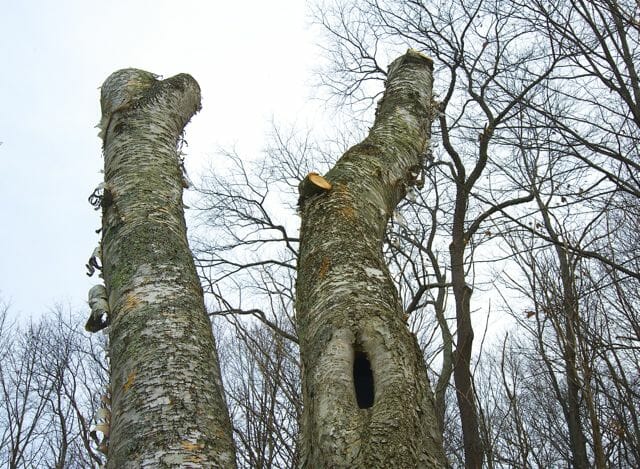 SNAG. Not as in my pantyhose, which I haven’t worn since departing the corporate world for an existence where fashion has little status. Snag as in wildlife tree—as in a place to nest or den; a source of food for insects, who are in turn food for many other creatures; a perch for lookout, and more.

The other day, I had to finally reckon with a 40-foot-tall old, twin-trunk birch that was in decline, and dropping massive portions of its crown on two small outbuildings. To the arborist crew’s surprise, I didn’t let them take it all down, or even cart away most of what had to be cut. Here’s why:

Removing all that living or recently living mass of organic material would be a big loss, biologically speaking, for the complex organism I call my Northeastern garden, the one corner of the world I am completely responsible for.

“By some estimates,” the National Wildlife Federation says, “the removal of dead material from forests can mean a loss of habitat for up to one-fifth of the animals in the ecosystem.”

Some experts recommend an ideal snag population to be about three dead standing trees per acre—that’s how important they are.

Don’t remove any more of a dying or damaged tree than is required for safety reasons–and “safety” is of course different in fire-prone areas than in my Northeast location. Even a high stump can support a lot of wildlife action, compared to a clean cut made at ground level, or worse, a ground-out stump. 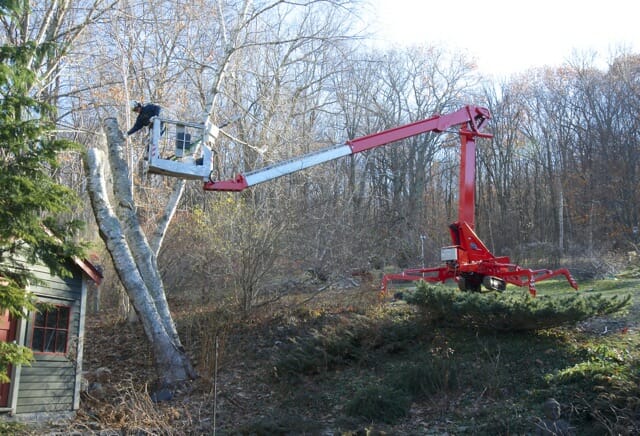 Lowering the larger, cut-down limbs and trunk portions to the ground, and allowing them to rot there as if they had fallen naturally, is also better ecologically than carting it away. Make like the tree fell beside where it once grew (even if logistics require you to do it in big pieces, rather than whole). 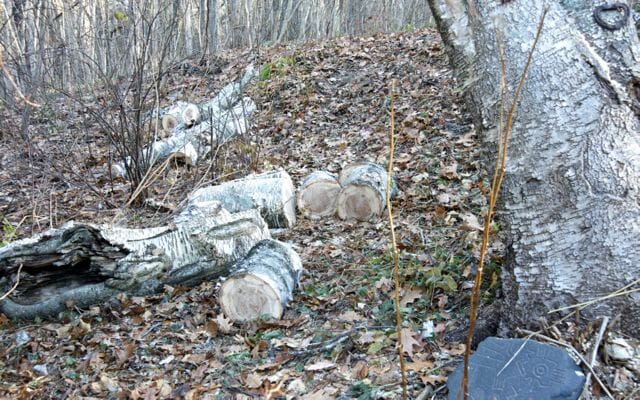 Who will thank you? 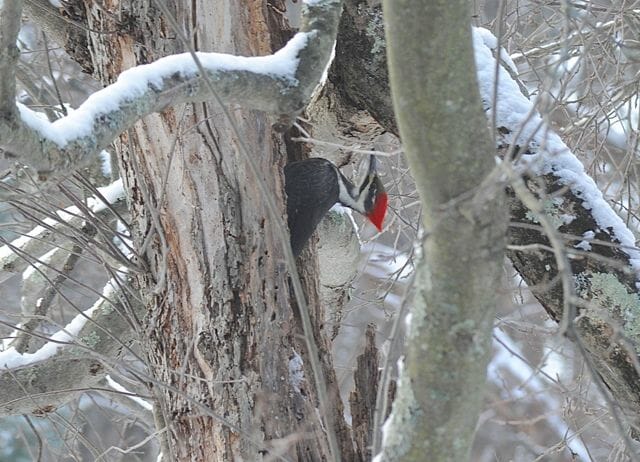 Years ago, when one trunk of a multi-stemmed old apple here lost its crown in a storm, we simply stabilized that snapped-off trunk by taking off anything that was hanging, and left it otherwise intact. I’ve spent more than 15 years watching who shows up to enjoy it along with me (including the pileated woodpecker, above), and the distinctive evolving character of the elderly tree (seen dormant, below, with its hellebore underplanting). 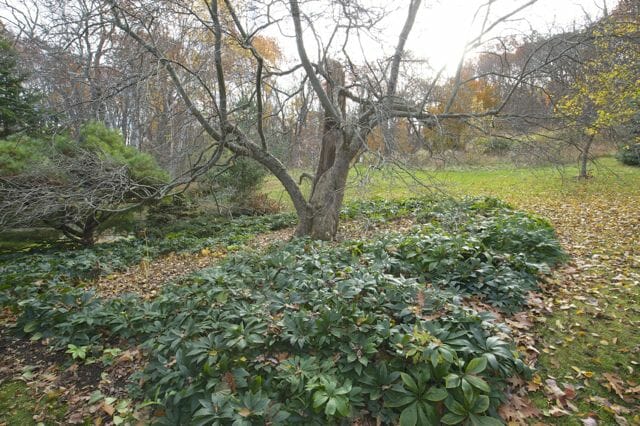 A word or two about my newest snag, which isn’t perfect: Ideally, there would have been some lower branches to leave intact, to make it a more attractive destination to wildlife, but the giant twin trunks were already naked until past 20 feet, where the die-off has set in. I could have had the arborist create jagged tops to each trunk to make it more naturalistic and speed decay. If the tree had not already had plenty of cavities, we could have started some–but the birch was already like a condo complex.

And this: I should have cut the trunks down even lower, because they could still potentially fall on one of the sheds. Looking at the condition of the lower wood from the point we left standing, though, I think that’s unlikely for at least another five years, so I was happy with the risk-reward ratio in leaving the snag as big as it could be.

I expect the birch to play host to a lot of happy visitors between now and then.

how, and why, to cultivate a snag

WASHINGTON STATE Department of Fish and Wildlife, in this detailed pdf (also available from this link), provides how-to on identifying which trees are snag material (clues like woodpecker holes, fungi on the bark, running sap or die-off in the upper branches are among the hints). It also tells how to accelerate the process, or turn a healthy tree that needs to be topped for safety reasons into a wildlife tree. (It’s also available as a web page if you prefer that to a pdf version.)

Categoriesbird sh-t Featured for beginners garden design insects & worms Nature ornamental plants trees & shrubs
Radio Podcasts
a way to garden podcast
Margaret's weekly public-radio show, from Robin Hood Radio in Sharon, CT, the smallest NPR station in the nation. Listen live at 8:30 AM EDT Mondays, to the replay Saturday morning, or stream the podcast anytime. LISTEN OR SUBSCRIBE FREE: Get the iTunes version; find it on the Stitcher app; or on Spotify, or your favorite podcast app. Browse past interviews below.
Podcast Archive

my wildlife tree, or snag: a lively progress report

a close look at those hard-working woodpeckers, with stephen shunk

WHEN I GOT my copy of the new “Peterson Reference Guide to Woodpeckers of North America,” I tracked down the author’s email address at once,..
Read More
a
October 20, 2017
14 Comments

a saner approach to fall cleanup, with the habitat network’s rhiannon crain

WHEN WE SAY, “fall garden clean-up,” just how clean do we mean? A slightly tongue-in-cheek campaign called “The Pledge to Be a Lazy Gardener,” from..
Read More