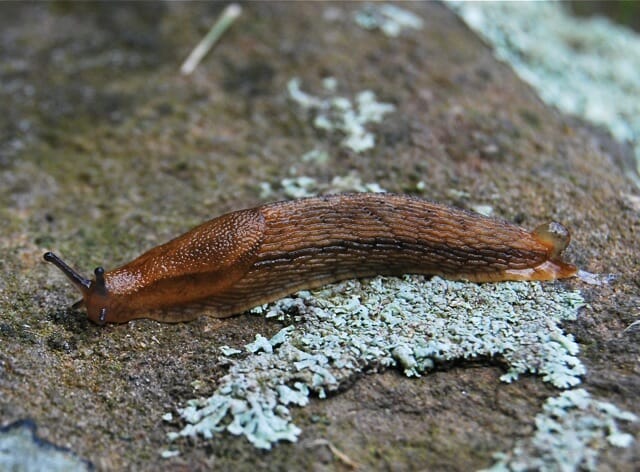 T HE BEST REMEDY FOR SLUGS, I learned in 2009 (The Year of the Slug in my garden), was an end to a super-rainy June. I don’t usually have a terrible slug problem here, but that year, after 13 or so inches the previous 30 days, was Biblical. And even when drier weather slows them, I was left with a bumper crop of the shell-less mollusks with their voracious hunger and telltales trails of slime. What’s a gardener to do? 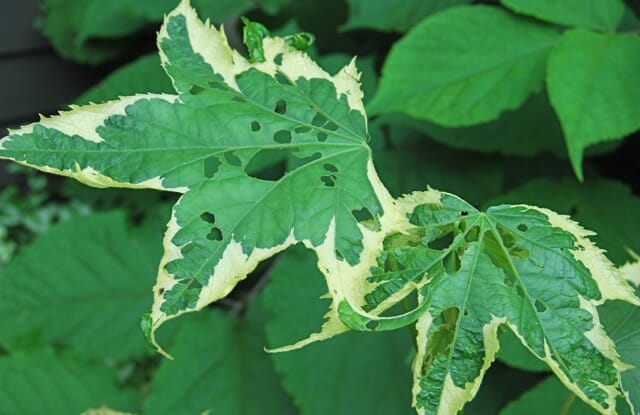 Know their habits: Slugs do most of their damage by feeding in evenings and early mornings; they like moist, secretive places better than a place in the sun. Their favorite fodder is often the youngest and most tender seedlings, but they (and their shelled cousins the snails) will eat molds and decaying material and even leathery things like orchid leaves (below), too, not just my Abutilon (above) and hostas. Nothing is safe: foliage, flowers, fruit, and even some seeds are fair game. 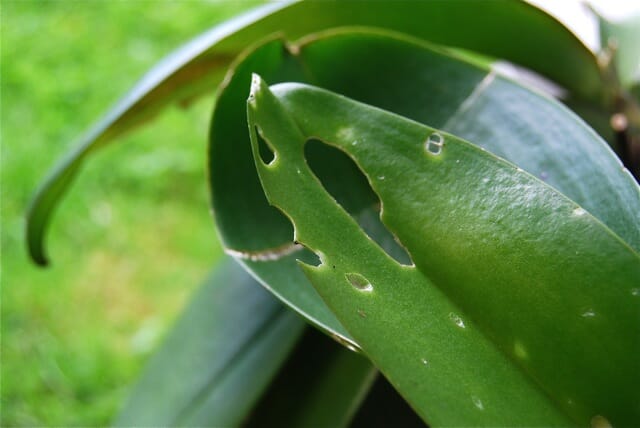 Don’t water late in the day, which will only encourage bad behavior, making things moister during play time.

Eliminate hiding places. Wilted or slightly decaying foliage left in the garden can provide perfect hiding places, as it often bends to touch the ground. This week, now that things have dried a bit so I can get into the beds, a more ruthless approach to cutbacks than normal is scheduled, since the extreme rains caused so much excess, often floppy, growth.

Don’t over-mulch. One to perhaps 2½ inches of mulch is desirable; layering on thicker amounts than about 3 inches just invites damp conditions that slugs love, plus it provides a great place to hide.

Set out safe baits or traps. There are self-described “nontoxic” slug baits these days (though research institutions like Cornell use the term “low-toxicity,” which is probably more accurate), like Escar-Go! and Sluggo, based on iron-phosphate formulations. I have never used any, so am without any detail or endorsement to offer. I’m still back in the lay-down-a-board or sink-a-can-of-beer (as in tuna can or shallow plastic deli container) school; half-grapefruit rinds work, too. Seriously, pieces of discarded lumber laid down in areas of heavy infestation and upturned the next morning will yield lots of hiding beasts that can be scraped into a bucket of soapy water.

Other barriers, like copper strips (are you kidding? I would need 20 miles of this) or Diatomaceous earth (not the kind rated for use in pool filters, but the untreated kind for garden use) are also said to be effective, but the latter is scary-dusty (wear a mask) and needs to be reapplied after each rain (again, are you kidding?). My scraps of siding and shingles and trim don’t mind being rained on, and have weathered many years. 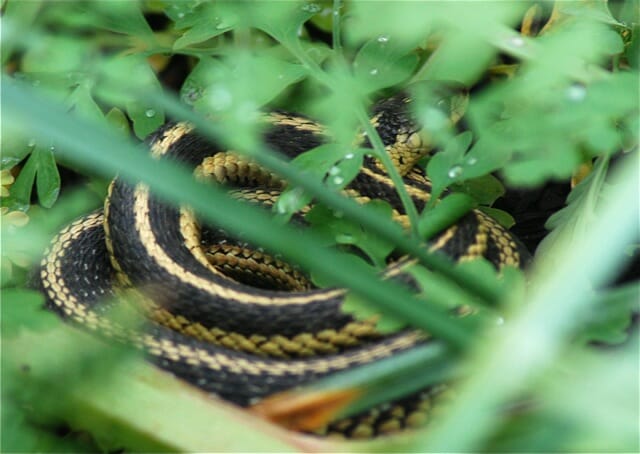 Encourage snakes. Many species (including garter snakes) eat slugs. So do salamanders. Walk your property (with a heavy foot!) before firing up the mower, as snakes can’t really hear it and get away in time otherwise. It’s vibrations that signal them to get going, apparently, and avoid being hurt by the machine.

Be brutal. (Take anti-nausea drugs before attempting, as needed, tee hee.) Hand-pick and squash as many as you can, or drown them. A friend who’s somewhat slug-intolerant, even slugicidal, snips them in half with shears. Effective, if brutal. Salt works as well, but at this point I’d need a shaker the size of silo and I could be on patrol with it many hours each day. Trapping (think: beer and boards) is more time-effective. 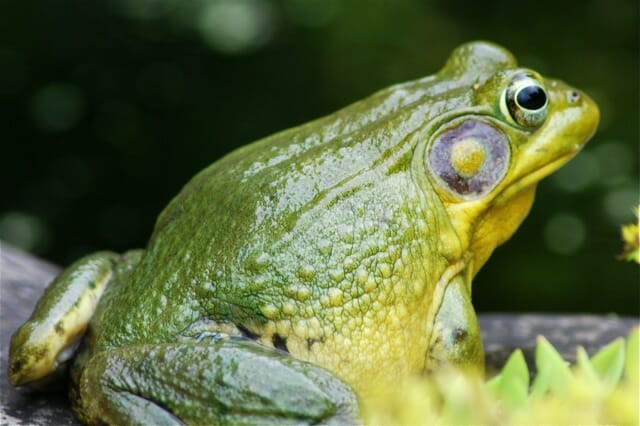 Love a frog. Or a whole army of them (yes, the correct word for a group of frogs is army). That’s what I am after: an army of frogs. But you already knew of that proclivity of mine.

Categoriesinsects & worms Nature organics pests & diseases
Radio Podcasts
a way to garden podcast
Margaret's weekly public-radio show, from Robin Hood Radio in Sharon, CT, the smallest NPR station in the nation. Listen live at 8:30 AM EDT Mondays, to the replay Saturday morning, or stream the podcast anytime. LISTEN OR SUBSCRIBE FREE: Get the iTunes version; find it on the Stitcher app; or on Spotify, or your favorite podcast app. Browse past interviews below.
Podcast Archive

moquitoes & water gardens; ants in pots or on peony buds, and more: q&a with ken druse

IDON’T USE CHEMICALS, but that doesn’t mean I don’t fight unwanted garden pests. At the moment the primary skirmish is with the lily leaf beetle,..
Read More
d
October 31, 2013
284 Comments

DEAR GAYLA: Word of the moment—and of the day, month, season, and entire garden year: resilient.  From the minute the deafening hail descended on May..
Read More