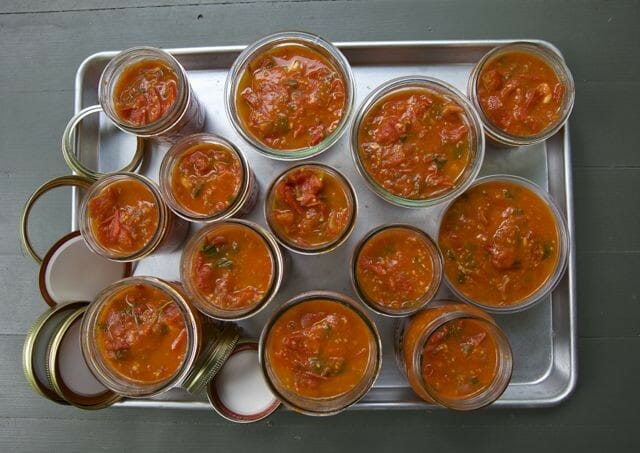 I’M RETHINKING MY VEGETABLE GARDEN, I realized while sitting down with a friend for what was meant to be the annual ritual of tea-drinking and seed-shopping—emphasis on the shopping.

Across the table (below), Tod powered through catalog after catalog as is our custom, voicing highlights as he went–utterances like:

“What about fava beans?” and then a minute later, “Definitely getting more sweet potato slips from Southern Exposure.”

This all as I mostly just sat—uttering only the occasional, “I just don’t know what to grow this year.” 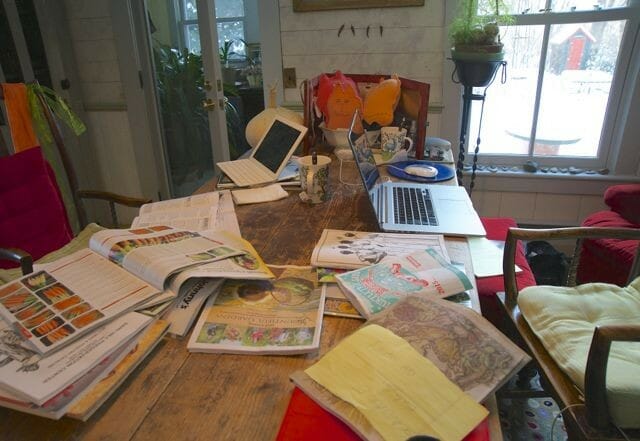 For the moment, that thought has me frozen (and not just because of an often-single-digit weather week). I haven’t bought a single seed; I haven’t sketched a single raised bed’s potential contents.

I’m blaming the arrival of Max Morningstar, an organic farmer who relocated to my hometown late last winter. With two other organic farm operations, he’s part of a social-investment project that is under way converting 200ish acres in our little downtown from conventional ag to organic, while snapping up three houses that are have become home to young farmers and their extended families. (More on the Copake Agricultural Center and similar projects, in the box at the bottom of the page.)

I’m blaming Max because he built a farmstand (below, the stand half-built) that he then stuffed with perfectly grown, chemical-free vegetables all last summer-into-fall, opening it several days a week. That last bit’s what got me. 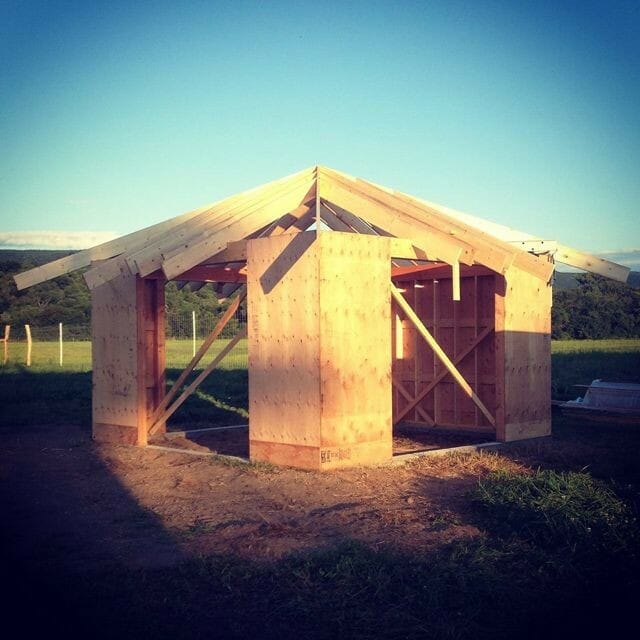 In doing so, he made me rethink Number 3 in my Seed-Catalog Shopping Rules, part of the “math” of what to grow and what to skip, since neither space nor time are limitless:

RULE 3: What really rates your precious square-footage in the garden, based on these two factors:

(a) What do you eat most of/can’t live without?

(b) From that list of “big loves,” what is available locally for a reasonable price in season, and therefore doesn’t rate inclusion?

(This second bit of thinking may help those of us who define “can’t live without” as “the entire botanical world.” For instance, I skip things like eggplant, and simply buy the occasional one instead, and don’t make room for plain old zucchini, a space-hog that’s cheap and omnipresent in summer markets.)

Yes, there have long been exceptional farmers’ markets full of organic produce nearby, but none so close, or open other than on Saturdays. Max and his crew (below) just made it too easy, widening the “what’s available locally” palette.

And I was grateful. An explosion of rabbits in the garden sent me down the road to explore the new stand at first, when my beans were suddenly disappeared.

A month later, when the coldest summer I can recall never provided much impetus for tomatoes, I was happy to score a crate of paste types to augment my own. They became the sauce in the photo on the top of the page, destined for the freezer, and another batch after that. I enjoyed arugula when I was between my own pickings, and the most beautiful ‘Watermelon’ radishes, and more. 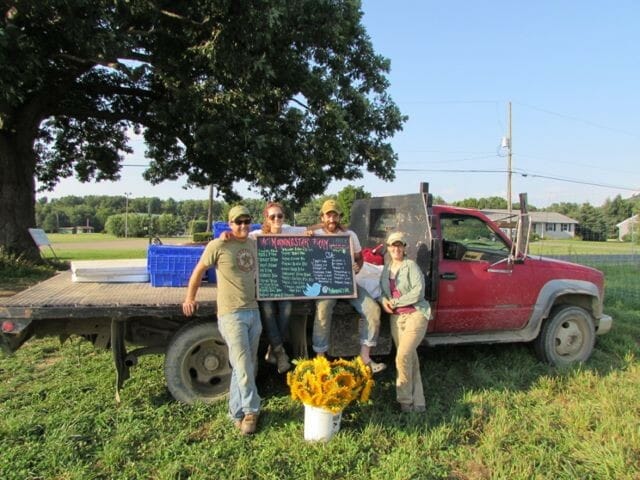 So now what? Order two or three crates and skip growing paste tomatoes altogether for a year, and just plant my usual cherry plant and a couple of slicers? That would free up at least one 20-foot bed (besides resting the soil in it from tomatoes for a year). Or use the “paste bed” for a tomato trial of my own, finally having room to try crazy-named ones like ‘Nyagous’ that I’ve never even seen, or tasted?

Then I could be more like Tod, who grew 16 varieties last year (and from across the table, I learned, is desperately trying to pare down to maybe eight). Because of all the paste types required for putting up a year of sauce, I can’t do things like that, I always tell myself.

Maybe now I can?

Other fantasies are germinating: 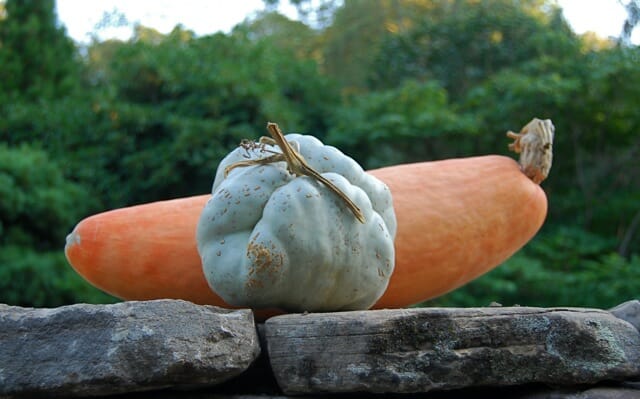 Plant all the winter squash I “haven’t had room for” for years—not just my staple ‘Butternut’ and ‘Delicata,’ but old friends like the dirigible called ‘Jumbo Pink Banana’ and blue, three-cornered ‘Triamble’ (both above) and even ‘Blue Hubbard,’ warts and all.

Grow heirloom dry beans, maybe, since they are one of the things I love most to eat. A 20-foot-long bed wide enough for two rows could perhaps yield 15 pounds, if I got it right.

I guess the fact that I am pondering at least means I am no longer frozen, technically, doesn’t it?

How is your seed-shopping going—what are you inclined to give your own precious space to in 2015? Any suggestions to help blast me from my point of seeming fixity, into action, over here? 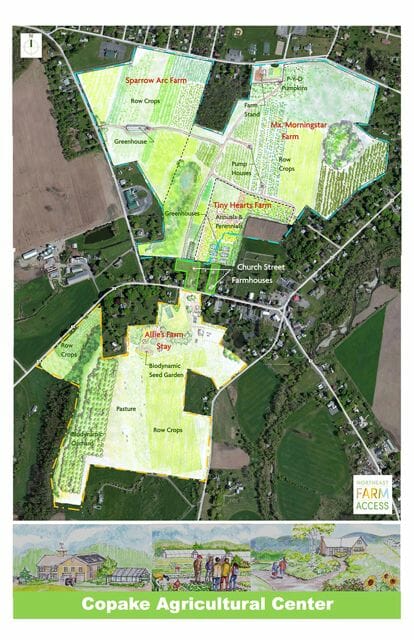 COPAKE AGRICULTURAL CENTER is one project of Northeast Farm Access, a social-investment entity that uses investor capital to buy farmland, transition it to organic, and lease it longterm to intermediate-level farmers—offering them affordable, 30-year access to more acres than they could afford otherwise, so they can grow their businesses. Other such projects are under way elsewhere in the region.

In the process, towns like mine get new citizens and revitalized houses–and a lot of positive energy. And farmstands, perhaps, too, full of local, clean produce.

seed-shopping tactics (plus a podcast)

I‘M WORKING ON RESTRAINT over here, trying not to order every single thing I scribbled on catalog covers and Post-it’s I stuck all over them..
Read More
m
January 1, 2014
18 Comments

I HEAR YOU! Like the kid in the back seat on the way to somewhere special, all you want to know is, “Are we there..
Read More
t
January 1, 2020
18 Comments

THE ANSWER IS NO: No, you probably shouldn’t start all your vegetable seed now, unless it’s for a cool-season crop and you live in a..
Read More