LAST FALL, a month apart, the earth lost two of it great plantswomen. They were from opposite coasts, and one—Californian Ruth Bancroft, at 109 years old—was twice the age of the other, New Englander Elizabeth Farnsworth, 54. Both were individuals of great focus and optimism and energy whom I enormously admired, and will not forget.

I HAD NEVER SEEN ANYTHING like it before (nor have I since). Though situated in an arid zone, the Walnut Creek, California, garden of Ruth Bancroft was populated with what looked to me like undersea creatures—like coral reefs, and giant octopus. Island beds were planted with waves of cacti and succulents and other plants of the world’s dry places, plants I didn’t know were even possibilities for the palette of a home garden. It was maybe 1992 when I traveled there with Ken Druse to meet Ruth, just around the time the garden first allowed visitors. 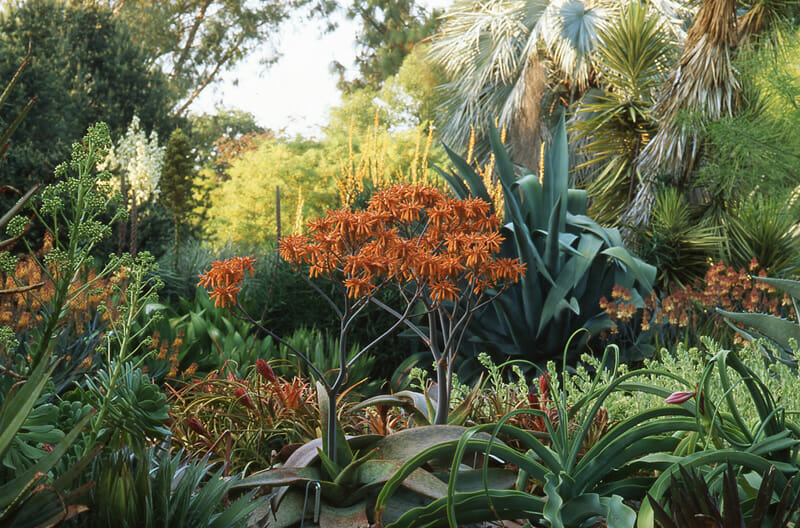 Be bold, Ruth’s garden said, and go deep—deep into whatever group of plants fascinate you, no matter whether there is a roadmap for using them as you imagine they can be used. Study them, and collect them, and try to figure out how to connect them visually and make them happy. And don’t forget to weed—which apparently she was fastidious about (as the tribute video up top reveals). Though one of the nation’s best-known gardeners, she never forgot the basics.

I encourage you to visit the garden—if not in person, at least in pictures. Photo from the Ruth Bancroft Garden website, above, by Marian Brenner. More photos at this link.

Ruth Bancroft died November 26, 2017; read her obituary from the SFGate website of the “San Francisco Chronicle.” 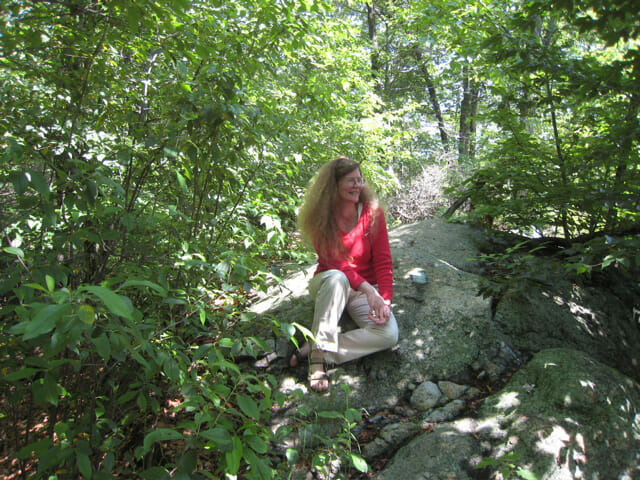 RARELY A DAY GOES BY when I am not consciously grateful to Elizabeth Farnsworth, who at the time of her sudden death on Oct. 27, 2017 was senior research ecologist at the New England Wild Flower Society (renamed Native Plant Trust in 2019). She had long been on my mind daily because the online research tool I probably use most in making plant decisions for my own garden and to help readers, too, called Go Botany, is the fruit of a project she headed up. 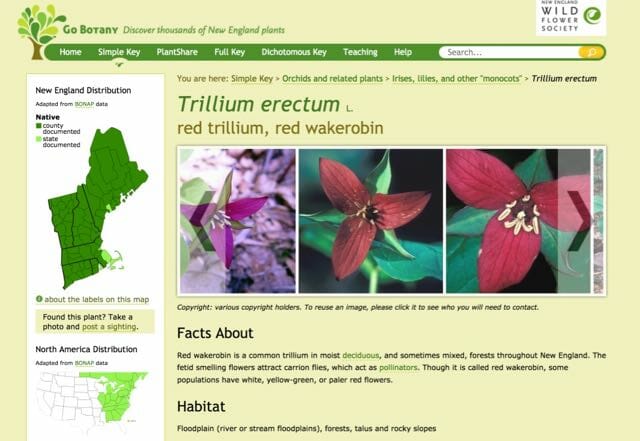 Elizabeth was an expert on ferns (she co-wrote the Peterson’s Field Guide on them, and was often lovingly referred to as Elizabeth Fernsworth). Likewise, she was an authority on ants (she was teaching assistant to the Harvard biologist E. O. Wilson), and on the flora of the New England region. A prolific and talented writer and illustrator, Elizabeth just kept sharing her enthusiasm, and knowledge, with us all. A roundup of links to all her “Earth Matters” columns for the Hitchcock Center and “The Daily Gazette” are here.

As if that were not enough, in 2015 Elizabeth completed a groundbreaking analysis of the state of the plants of New England, and meanwhile (literally) processed several million seeds as part of a conservation effort that New England Wild Flower Society spearheaded to become the region’s premier seed bank.

In two interviews last year, I had the pleasure of introducing her to you:

Categoriesnative plants types of gardening
Tags
elizabeth farnsworth
Radio Podcasts
a way to garden podcast
Margaret's weekly public-radio show, from Robin Hood Radio in Sharon, CT, the smallest NPR station in the nation. Listen live at 8:30 AM EDT Mondays, to the replay Saturday morning, or stream the podcast anytime. LISTEN OR SUBSCRIBE FREE: Get the iTunes version; find it on the Stitcher app; or on Spotify, or your favorite podcast app. Browse past interviews below.
Podcast Archive

garden open days: a treat for guests, an education for hosts

‘HOW DID YOU LEARN to garden?” People ask me that all the time. At first I learned from books, and from old-style seed catalogs, and..
Read More
t
May 7, 2017
20 Comments

I’VE BEEN DIGGING this spring—the expected outdoor kind, and then when it’s dark or pouring or something else prevents the garden variety, I’ve been digging..
Read More
w
September 16, 2017
10 Comments

what’s really native where you garden? with elizabeth farnsworth

AT A WILDFLOWER TALK I attended in spring 2017, a lot of the audience questions after the expert finished her slides were ones like this:..
Read More