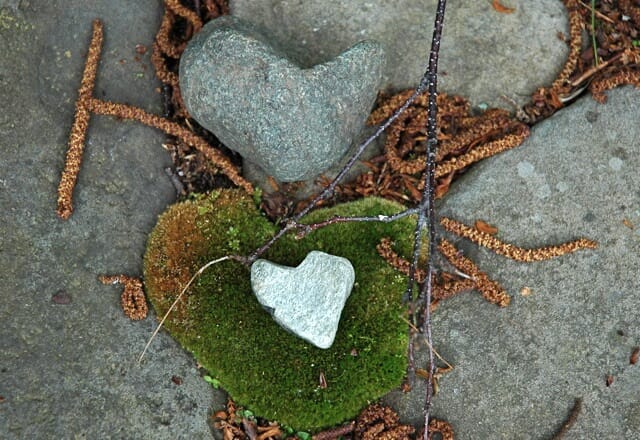 IT WAS THE MORNING AFTER, WHEN THE CONVERSATION finally turned to confessions about our first times—the morning after my longtime garden mentor and I attended a garden lecture and dinner together, I mean. Back at my place the next morning, over toast and coffee, we made our confessions one by one: plants we’ve lusted over, and the first time we’d laid eyes on each seductive creature. Sigh.

We’d been to hear another old friend, Dan Hinkley, speak at nearby Berkshire Botanical Garden’s annual lecture with several hundred other winter-weary types, and afterward gone off with Dan and friends to eat.

We didn’t really talk plants at the meal; nine crazy gardeners traded pet stories. I know—insane. Either we are getting old and soft, or have spent too much time on Cute Overload. But the next morning my breakfast guest and I shifted from zoology to botany, stirred up by a few of Dan’s slides, including one of Mukdenia rossii ‘Crimson Fans,’ a shade plant Dan’s helped bring to market as part of his relationship with wholesaler Monrovia nursery.

My breakfast companion remembered his first Mukdenia…but he knew it by another name.

It was 1967ish, and the plant was then Aceriphyllum rossii. “I remember sitting by a stream in the New York Botanical Garden rock garden and seeing it for the first time,” said Marco Polo Stufano. “A good plant.”

At that moment I was feeling preoccupied with the one-trick genus Sciadopitys, and just finishing up a post on the umbrella pine.

“When was your first umbrella pine?” I asked, suspecting Marco’s “first” had been the same individual plant as mine. Yes, indeed, he’d been taken in by the same specimen at Planting Fields Arboretum as I, though we would have been strangers and seen it separately, years apart. 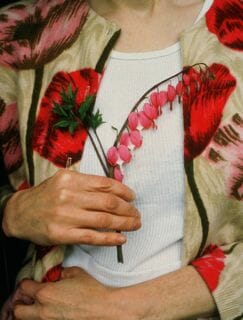 And off we went from there: first sightings of really good silver-leaved things like Stachys and Ballota, first fill-in-the-blank…plants that touched our hearts (or made them bleed). Of course many of my first were at Wave Hill, where Marco made a career and an entire landscape of his pioneering plantsmanship.

“The first time you see a plant makes an impression,” said Marco, who always kept a little notebook with him on his travels to England and elsewhere, with a heading called “GET” for the ones. “You never really change your mind about the plant.”

So tell me, what were some of your memorable first times that rated a “GET” on your list? Was caused that instant and irresistible chemistry, and has the feeling lingered on?

THE FLYER PIQUED MY INTEREST: Dan Benarcik, part of the creative team at Chanticleer Garden in Wayne, Pennsylvania (a must visit!), would be lecturing nearby..
Read More
d
July 22, 2018
145 Comments

WHAT MAKES a particular native plant a good choice for the home garden? And where can we look for clues into which natives will do..
Read More
e
July 21, 2014
12 Comments

WHICH BEE BALM will really resist powdery mildew—and which of the endless parade of near-lookalike Heuchera (above) is truly a standout? At Mt. Cuba Center..
Read More