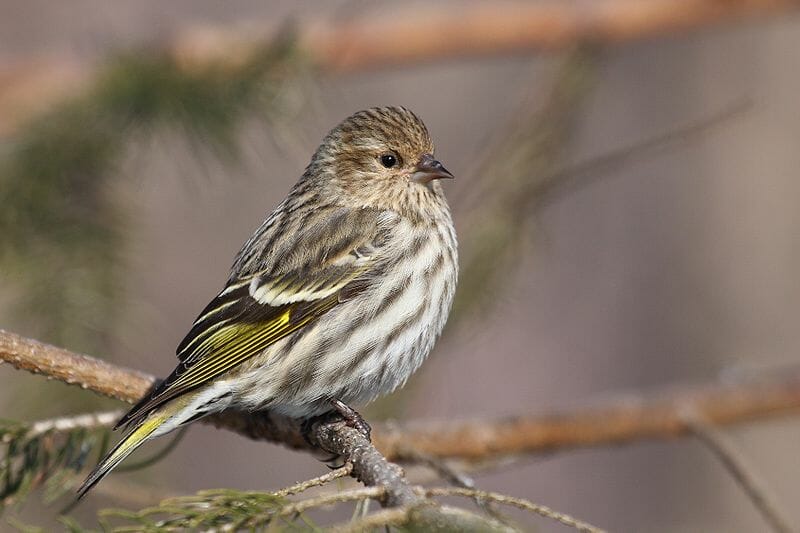 MY CALENDULA SEEDS arrived in the mail this week. These beneficial-insect-attracting, edible, brilliant flowers were the subject of this week’s public-radio show and podcast, “A Way to Garden With Margaret Roach,” during which I also spoke to bird and dragonfly expert Dennis Paulson, a Seattle-based scientist, about what birds are being seen in big numbers where this winter. You can listen in to the latest show right now, or read on. 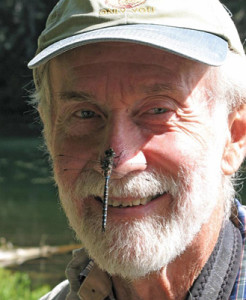 THE Ph.D. zoologist Dennis Paulson is also a gardener, and directed the Slater Museum of Natural History at the University of Puget Sound, where he still creates this blog that I enjoy for its accounts of notable species. He is also an adviser to the BirdNote public-radio show that I’ve been collaborating with to answer your birding questions. And yes, that’s a dragonfly on his nose (left); he wrote the book on them, and will be back in another show to reveal their mysteries.

Dennis’s recent blog post about pine siskins (top photo) in recent abundance–a favorite species here in my garden some lucky winters-of-plenty, too–detailed the relationship the birds have with red alder trees (Alnus rubra), and how their beaks are perfectly formed to fit into the tight spaces in the alder’s conelike structures and get at the little seeds.(I love such evidence of co-evoilutionary strategies between birds and plants.)

Also appearing in greater-than-“normal” numbers this year, at least in the Pacific Northwest: snowy owls. “Voles. look out,” says Dennis (whom I told I have voles to spare should they run short out West; happy to dispatch a truckload from my garden anytime). 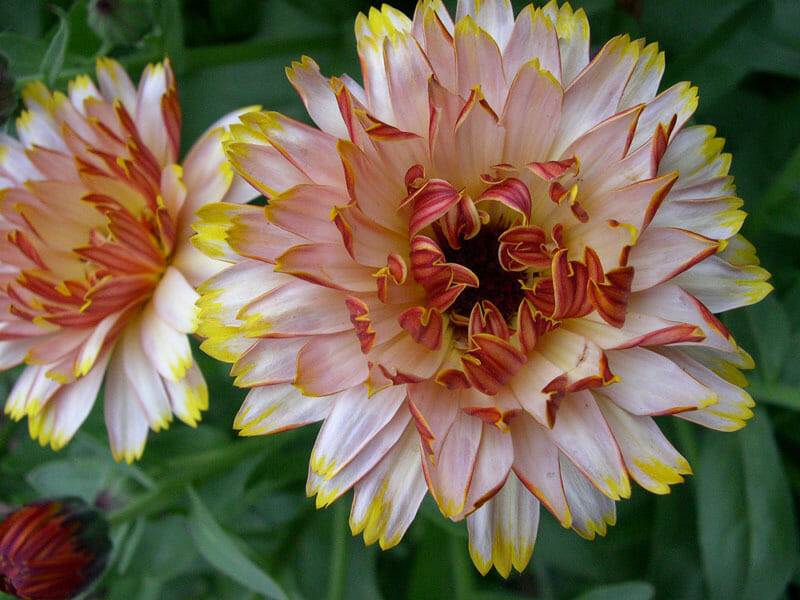 I’M GROWING CALENDULA again, I reported recently on the blog, and to start off the latest radio show, I reviewed why. This piece about Wild Garden Seed calendula and lettuce breeder Frank Morton offers more detail.

Next time (February 11) on the show, co-founder Ken Greene of Hudson Valley Seed Library and I talk about getting over the fear of growing things from seed, and how to succeed. Last week’s topic: When to sow what seeds, with guest Dave Whitinger of All Things Plants in Texas.

listen live, or on the podcast

LISTEN ANYWHERE, ANY TIME: Locally, in the Hudson Valley (NY)-Berkshires (MA)-Litchfield Hills (CT) region, “A Way to Garden” airs on Robin Hood’s three stations on Monday mornings about 8:30 Eastern, with a rerun Saturday mornings. It is available anytime free on iTunes, the Stitcher app, or for streaming from the RobinHoodRadio.com site or on its RSS feed. The February 4, 2013 show can be streamed here now.

Robin Hood has been called “the smallest NPR station in the nation,” and it was dubbed “NPR’s minnow” by “The New York Times.”  “A Way to Garden With Margaret Roach” marks the start of its fourth year on the Robin Hood air in March 2013.

dragonflies and damselflies, with dennis paulson

SOME SPECIES MIGRATE to warmer wintering grounds, and oh, how deftly they do fly—whether on their way south, or on the hunt for supper, or..
Read More
n
January 28, 2013
19 Comments

new format for the 'a way to garden' podcast!

ALMOST PRECISELY in time to mark the start of Robin Hood Radio’s and my fourth year together creating the “A Way to Garden With Margaret..
Read More
b
March 26, 2015
6 Comments

‘THAT’S A BAD BIRD,’ we may say in judgment of the brown-headed cowbird, who uses the nests (and nanny services) of other species to raise..
Read More