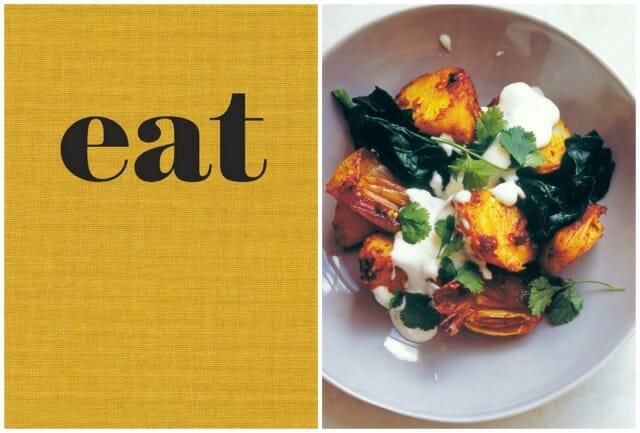 ‘SOMETIMES we just want to eat.” So says Nigel Slater in “Eat: The Little Book of Fast Food,” his latest cookbook to reach the United States. Sometimes there is not time for full-on artistry, or to surrender into the meditative process cooking can be. But, says Slater, “by ‘fast,’ I do not mean thoughtless or careless,” nor is takeout his proposed solution.

The charmingly fat little book, humbly bound in cloth, was just released by its American publisher this fall, about a year after it was issued in the U.K. (Enter at the bottom of the page to win a copy.)

Don’t let its smaller trim size fool you: There are 600 ideas inside.

Forget arranging the recipes and variations in predictable chapters like “Entrees” or “Chicken,” though. “Eat” organizes the way we cook and eat, such as “In a Bowl” or “In the Hand,” or “In the Frying Pan” or my favorite section: “Under a Crust.”

Yes, Slater admits, making proper pastry dough may be too time-consuming for weeknights–but what about tucking dinner under torn corn tortillas, or “a cloud of yellow mash” (parsnips), or a bit of ready-made pastry, or just turning it into a gratin to make it slightly more special and finished?

The recipes in “Eat,” including fish and meat and also lots of vegetable-based things, are written simply—“in the style of an extended Tweet,” says Slater, most ending with a fun, sometimes-sensual little description.

Potatoes with Spices and Spinach got me at, “ Hot, cool, crisp, soft.” And it is: 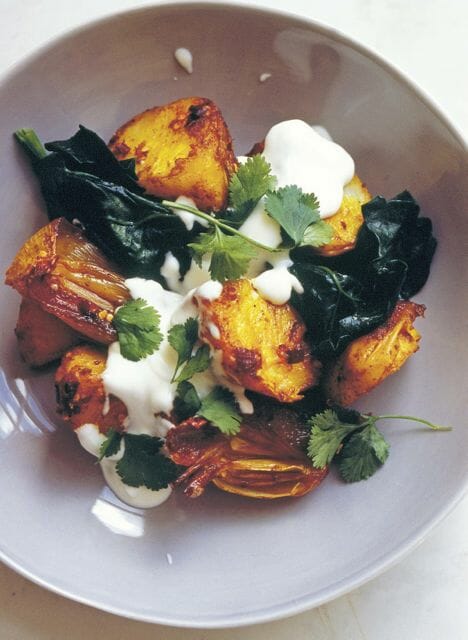 potatoes with spices and spinach

Cut 1¾ pounds (800g) large starchy potatoes into big pieces and cook in a large pot of salted water for about 15 minutes, till approaching tenderness. Peel 5 large shallots and halve them lengthwise. Drain the potatoes, then put them in a bowl, add the shallots, and toss with half a teaspoon of cayenne, a teaspoon of red pepper ﬂakes, a teaspoon of crushed garlic, and a teaspoon each of ground cumin and turmeric. Add 2 teaspoons of sea salt ﬂakes and 4 tablespoons of peanut oil, then transfer to a roasting pan and bake at 400ºF (200ºC) until crisp. Wash a couple of large handfuls of spinach. Put them in a pan over moderate heat, cover with a lid, and leave for a minute or two to wilt. Toss with the crisp potatoes, a little yogurt, and torn cilantro.

NIGEL SLATER is a prolific producer of award-winning books, exceedingly popular BBC cooking series and documentaries, plus other television endeavors, and his food columns for “The Observer.”

enter to win the book ‘eat’ 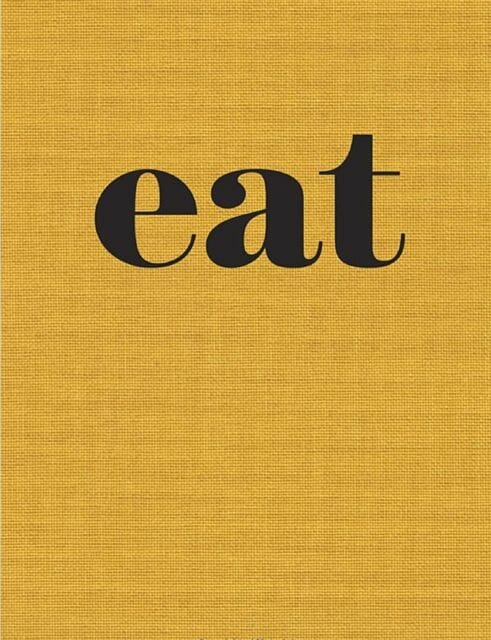 I’LL BUY A COPY of “Eat: The Little Book of Fast Food,” for a lucky reader, and all you have to do to enter is answer this question in the box at the very bottom of the page, after the very last comment:

What is “fast” food to you (assuming we’re talking dinner)? Takeout; letftovers quickly reinvented in minutes; a half-hour from-scratch; or more? Any fast favorites to recommend? (I always have corn tortillas on hand to wrap something in; various bean concoctions cooked and frozen in portions; and I cook up a pot of brown rice every Sunday as another underpinning.)

No answer, or feeling shy? Just say, “Count me in” or something like that, and I will, but a reply is even better. I’ll pick a winner at random after entries close at midnight Tuesday, October 21, 2014. U.S. and Canada only.

Categoriesentrees guest chefs recipes & cooking side dishes
Radio Podcasts
a way to garden podcast
Margaret's weekly public-radio show, from Robin Hood Radio in Sharon, CT, the smallest NPR station in the nation. Listen live at 8:30 AM EDT Mondays, to the replay Saturday morning, or stream the podcast anytime. LISTEN OR SUBSCRIBE FREE: Get the iTunes version; find it on the Stitcher app; or on Spotify, or your favorite podcast app. Browse past interviews below.
Podcast Archive

giveaway: nigel slater's 'the kitchen diaries' (and his recipe for dal and pumpkin soup)

I PICKED UP Nigel Slater’s “The Kitchen Diaries” last night from the shelf it’s lived on between uses here since 2006, when first released.  I..
Read More
b
September 7, 2010
156 Comments

book giveaway: in the kitchen with melissa clark

THE BIO ON THE BACK FLAP OF MELISSA CLARK’S NEWEST BOOK says she has written 29 in all, and for that feat alone, we should..
Read More
r
January 8, 2022
349 Comments

recent cookbooks to savor (and win!), with ali stafford

DID YOU MAYBE get, or give, a cookbook or two for a holiday gift? Well, hopefully you can make room on the shelf for another..
Read More