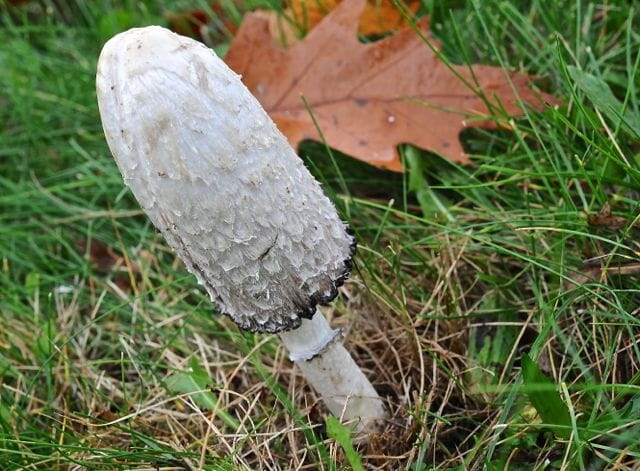 I’VE BEEN TAKING WALKS lately, relishing the extended fall I know can’t last, enjoying the press of sole to soil before it gets slippery out there—before it’s winter. A handsome stand of mushrooms has been catching my eye the last few weeks, and you know me: always curious. What are they? Turns out they are one of the most recognizable species of all: the shaggy mane, Coprinus comatus, one of the so-called inky caps. It’s the mushroom that just taught me a new word:

deliquesce [pronounced deliˈkwes]: to become liquid, during decomposition, or by absorbing moisture from the air. 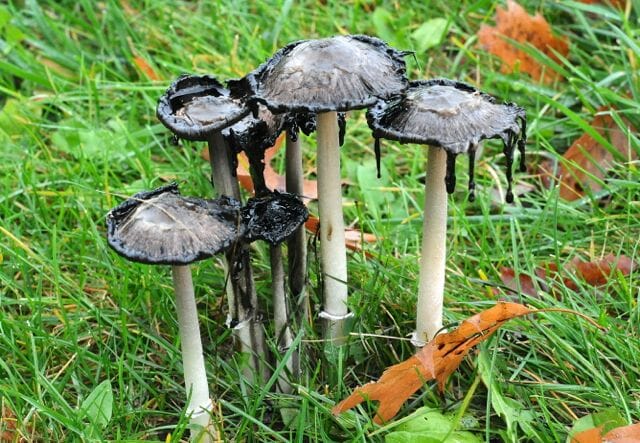 See the lique in there, like liquor, or liquid? (See the lique in the photos above, and below, all drippy from the decomposing caps? The inky black lique?) It’s a form of self-digestion, this autodeliquescence of their gills—and in doing so they release their spores. 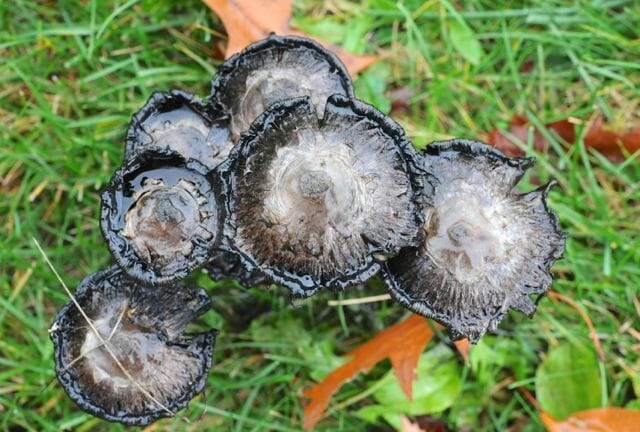 Professor and mycologist Tom Volk of the University of Wisconsin-La Crosse wrote this piece about shaggy manes, and their relative ease of identification, and both Volk and the MykoWeb site, in its cookbook section, say the “ink” was used as just that in George Washington’s day, among other fun fact and lore. 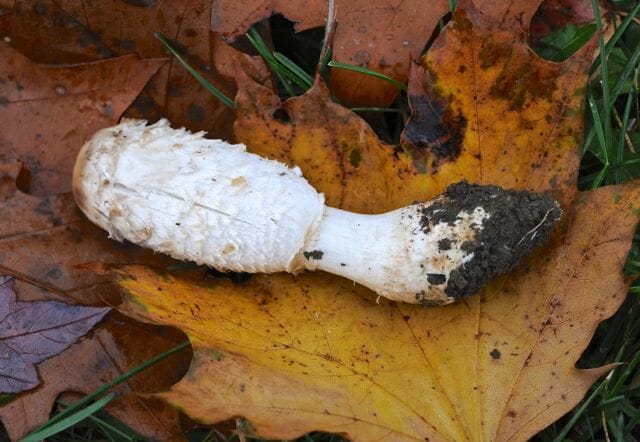 Yes, the shaggy mane is edible, but since I am no mycologist, I don’t pick wild mushrooms for eating. For me, the thrill of the hunt is in the learning captured instead. You know, like with the Amanita fairy ring of late?

Categoriesmushrooms & other fungi
Radio Podcasts
a way to garden podcast
Margaret's weekly public-radio show, from Robin Hood Radio in Sharon, CT, the smallest NPR station in the nation. Listen live at 8:30 AM EDT Mondays, to the replay Saturday morning, or stream the podcast anytime. LISTEN OR SUBSCRIBE FREE: Get the iTunes version; find it on the Stitcher app; or on Spotify, or your favorite podcast app. Browse past interviews below.
Podcast Archive

growing mushrooms (and how fungi grow themselves), with john michelotti

HAVE YOU EVER grown mushrooms? Or perhaps they’ve just grown themselves in different parts of your garden at different moments of the season and you’ve..
Read More
&
November 16, 2019
325 Comments

‘the way through the woods: of mushrooms and mourning,’ with long litt woon

I HAVE ONLY in recent years tuned in to mushrooms really at all, despite much of a life spent engaged with the outdoors. So when..
Read More
o
October 16, 2012
15 Comments

of fairy rings, and amanita mushrooms

ANOTHER REMINDER TO STOP, LOOK—and then look it up: A ring of mushrooms, big enough and plentiful enough to be seen from out the window..
Read More