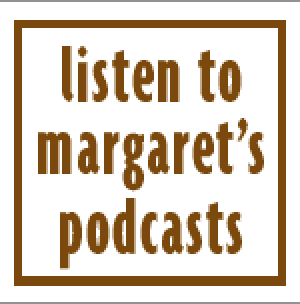 ‘THE SMALLEST NPR STATION in the nation,” Robin Hood Radio, just got bigger, which is good news for them and also for my garden podcast, which we began doing together each Monday morning around 8:30 in March 2010. The station, headquartered in nearby Sharon, Connecticut, has expanded to reach about 150,000 residents, up from 40,000 previously, by adding a signal from the frequency at Bard College in Annandale-on-Hudson, New York.  And that doesn’t count those who listen on demand from elsewhere, in free podcast format—like maybe you? Need to get tuned in? Here’s how:

tuning in to my podcast, and robin hood radio

Categoriesradio podcasts
Radio Podcasts
a way to garden podcast
Margaret's weekly public-radio show, from Robin Hood Radio in Sharon, CT, the smallest NPR station in the nation. Listen live at 8:30 AM EDT Mondays, to the replay Saturday morning, or stream the podcast anytime. LISTEN OR SUBSCRIBE FREE: Get the iTunes version; find it on the Stitcher app; or on Spotify, or your favorite podcast app. Browse past interviews below.
Podcast Archive

new format for the 'a way to garden' podcast!

ALMOST PRECISELY in time to mark the start of Robin Hood Radio’s and my fourth year together creating the “A Way to Garden With Margaret..
Read More
n
March 31, 2010
9 Comments

FEELING AT A LOSS FOR SOMETHING TO DO, I ADDED TO MY SCHEDULE. A weekly radio podcast, to be specific, with my neighbors down the..
Read More
o
February 4, 2013
4 Comments

on radio and podcast: calendula, and winter birds

MY CALENDULA SEEDS arrived in the mail this week. These beneficial-insect-attracting, edible, brilliant flowers were the subject of this week’s public-radio show and podcast, “A..
Read More