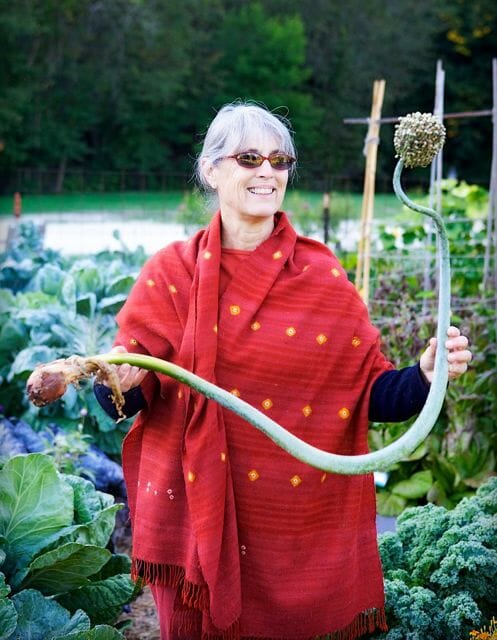 DESPITE THAT 1940s Harry Truman-ism, “If you can’t take the heat, get out of the kitchen,” that’s exactly where harvest time sends us, especially if we grow our own edibles. Who better to ask for inspiration now than Deborah Madison—often called the Julia Child of vegetarian cooking? Listen to our conversation (my newest podcast) about her latest book, “Vegetable Literacy.” Along the way you’ll get wisdom on her must-have garden herbs; a recipe for her versatile, rich-in-a-good-way Romesco sauce; and even Deborah’s unexpected secret weapon for gopher control. Madison’s massive 1997 volume “Vegetarian Cooking for Everyone” (Amazon link) is probably on your shelf, or should be, and this year she published her 10th cookbook–another comprehensive, beautiful must-have. It’s arranged not in the usual manner (appetizer to dessert) but taxonomically, by plant family.  (Remember my story about it, and her recipe for cauliflower pasta with red pepper flakes and more?)

FROM HER SUN-BAKED, drought-weary kitchen New Mexico garden, Deborah Madison was the guest on the latest edition of my weekly public-radio show and podcast. Listen anywhere, anytime: Locally, in my Hudson Valley (NY)-Berkshires (MA)-Litchfield Hills (CT) region, “A Way to Garden” airs on Robin Hood Radio’s three stations on Monday at 8:30 AM Eastern, with a rerun at 8:30 Saturdays. It is available free on iTunes, the Stitcher app, or streaming from RobinHoodRadio.com or via its RSS feed. The July 22, 2013 show can be streamed here now. Robin Hood is the smallest NPR station in the nation; our garden show marked the start of its fourth year in March, and is syndicated via PRX.

“This is the worst gardening year I’ve ever seen,” says Deborah. “It’s the third year of serious drought.” Things like lilacs formed buds, but they dried instead of opening, she says, “and the gophers have been devastating.” The animals have moved into everyone’s gardens because of the relative moisture of cultivated areas, but on that score, at least, Madison got lucky (or should I say ingenious, and also brave): “The two giant gopher snakes I caught a month ago in the lane are finally getting the population under control,” she says of the reptiles she made feel right at home. She hopes they start a family in her backyard. 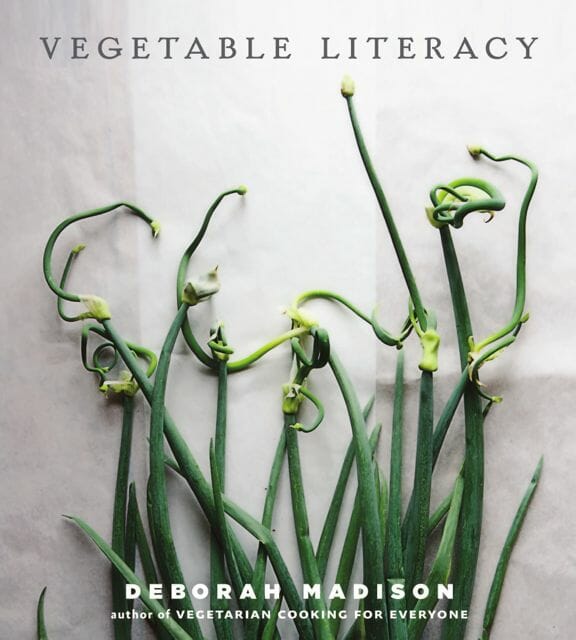 MADISON DIDN’T plant her first plant until she was 35, but does have a botanical provenance, anyhow. Both her father and brother became botanists, so Latin was certainly always in the background. “Vegetable Literacy”
(Amazon affiliate link) came to her when she let some carrots flower and then noticed how their umbel flowers looked like others: cilantro, dill, lovage. Thus, thanks to a carrot, her formal exploration began. Despite the expression “please don’t eat the daisies,” Madison admits she has a “special fondness” for members of the daisy family, or Asteraceae—perhaps one you don’t think of right away when you look at your vegetable garden. Most of us can probably name the brassicas, or the legumes…but the edible daisies? Jerusalem artichokes, globe artichokes, lettuce, cardoons, chicories, the root vegetables salsify, burdock and scorzonera, and even tarragon figure in there taxonomically—and all are Madison favorites. (Read more on Madison’s blog about her love of the Asteraceae.)

HERBS she wouldn’t be without—or as she says, “small things with a lot of punch,” meaning you only need a little to make a big flavor difference, include these lovelies:

SPEAKING OF FLAVOR, I asked Deborah to share her recipe for Romesco sauce because the members of the Solanaceae—nightshades such as tomatoes and peppers—are coming on in our gardens right now.

A SPANISH SAUCE that has been interpreted by many cooks. It’s “not just a garnish,” Deborah says—but great on crostini, on roast vegetables or potatoes, stirred into a soup, served with beans. You name it. (My suggestion: Make enough to freeze some for winter use.)

how to win ‘vegetable literacy’ 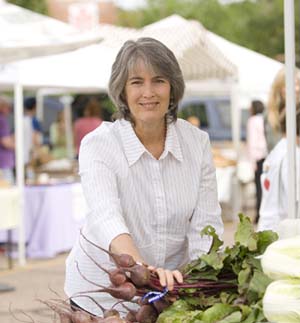 I’VE BOUGHT TWO EXTRA COPIES of “Vegetable Literacy” by Deborah Madison (Amazon affiliate link) to share with you. All you have to do to enter: Comment in the box at the end of the page, answering the question: What plants do you turn to time and again for that “punch” that Madison enjoys from shiso and lovage and the like? My answer (I know, b-o-r-i-n-g): Italian, or flat-leaf, parsley. I love adding leaflets to my salad greens; it tastes so full of greenness and health. No answer, or feeling shy? Just say, “count me in” and I will. I’ll choose two winners at random after entries close at midnight Thursday, Aug. 1. Good luck to all!

‘WHAT GOES WITH WHAT?’ gardeners often ask, hungry for perfect perennial pairings, or the fodder of harmonious annual containers. Cooks putting together a menu are..
Read More
q
May 5, 2014
505 Comments

WITH MONTHS OF GARDEN HARVESTS and farm markets ahead and “The New Vegetarian Cooking for Everyone” recently out, I rang up Deborah Madison from her..
Read More
a
June 4, 2017
492 Comments

a few key wisdoms, from deborah madison’s ‘in my kitchen’ cookbook

I SMILED as I first opened Deborah Madison’s latest cookbook to the table of contents, and saw that the introductory section was modestly titled, “A..
Read More