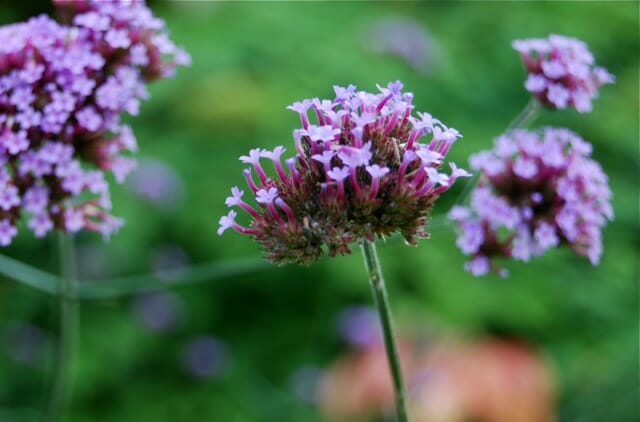 WE’RE IN THE WANING WEEKS OF DIVE-BOMB SEASON at A Way to Garden. The ruby-throated hummingbirds are in a nearly final frenzy of aerial displays, meeting at high speed in mid-air, then swooping downward into their favorite treats.

The ruby throats, the only species of hummingbird that breeds in Eastern North America, always come back from Central America at the same moment as my bleeding hearts start blooming. No mystical or evolutionary correlation, just a colorful coincidence: two of nature’s most unusual creations having a moment together. They’re in the tall verbena (above) and elsewhere now.

The bleeding heart, Dicentra spectabilis, is hardly the traditional trumpet-shaped flower hummingbirds are said to favor, nor is it red (reportedly their favorite color). It’s just one of the plants in my palette that has proven an unexpected attractant for them, despite not being on “the list” with “hummingbird plants” like honeysuckle, trumpet vine, penstemon, and salvias. It’s not native (an Asian alien), so it certainly doesn’t make the list of best native hummingbird plants, either. (I think the best mail-order selection is at High Country Gardens, by the way.) 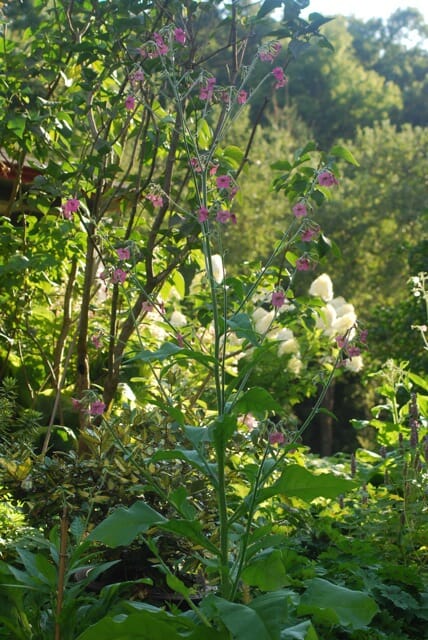 Neither does the flowering tobacco, hailing from more southerly climates than mine. I always have to stop myself from pulling up too many of the self-sown Nicotiana, prodigious seeders it’s hard to be without once you’ve grown them. A few big patches in a sunny spot are better than any hummingbird feeder you can buy (and cheaper, too).

Another tenacious self-sower, Verbena bonariensis (top photo) is almost equally attractive. Who knew those tiny flowers packed into dome-topped clusters called cymes would be the thing? And anise hyssop, including the showier golden-leaf variety called Agastache foeniculum ‘Golden Jubilee,’ below, is doing a great job (as well as with the bees). 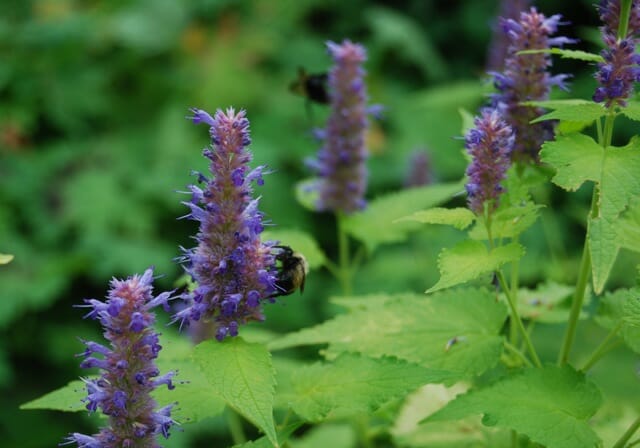 I always put some tender red salvias at the edge of the vegetable garden for the ruby-throats, including S. coccinea ‘Spanish Dancer,’ below, or any of the many great red choices.  My token gesture, apparently, as the hummingbirds seem perfectly happy with what last year’s garden left behind.

I’ve mentioned it before: I count birds. Do you? And do you see any iridescent little guys out there with their motors really running? 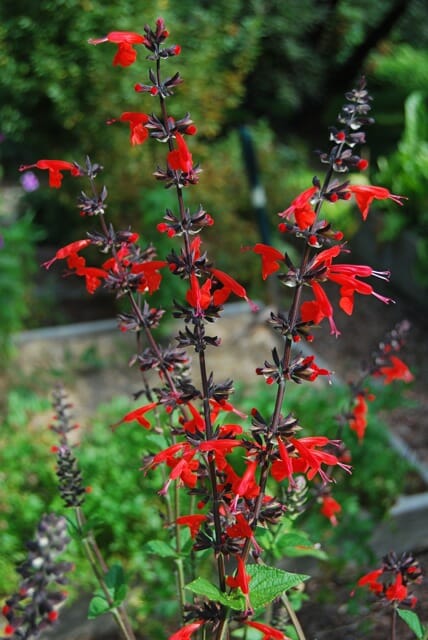 Categoriesannuals & perennials bird sh-t from seed
Radio Podcasts
a way to garden podcast
Margaret's weekly public-radio show, from Robin Hood Radio in Sharon, CT, the smallest NPR station in the nation. Listen live at 8:30 AM EDT Mondays, to the replay Saturday morning, or stream the podcast anytime. LISTEN OR SUBSCRIBE FREE: Get the iTunes version; find it on the Stitcher app; or on Spotify, or your favorite podcast app. Browse past interviews below.
Podcast Archive

cardinal climber and its cousins, annual vines that are hummingbird favorites

IN SCALE, SHAPE, AND COLOR IT SUITS THEM—and it suits me, too, since I’m likewise mad for red, the way ruby-throated hummingbirds are. I’m happy..
Read More
b
September 7, 2013
18 Comments

LEAVING SO SOON? That’s the lament for hummingbird-lovers (and who isn’t one?), as summer fades and the tiny creatures often move along southward. Ellen Blackstone..
Read More
p
November 11, 2009
41 Comments

ISMILE AND NOD WHEN GARDENERS FROM ELSEWHERE tout pineapple sage (Salvia elegans) as a hummingbird plant. “Elsewhere,” as in wherever the plant blooms before the..
Read More