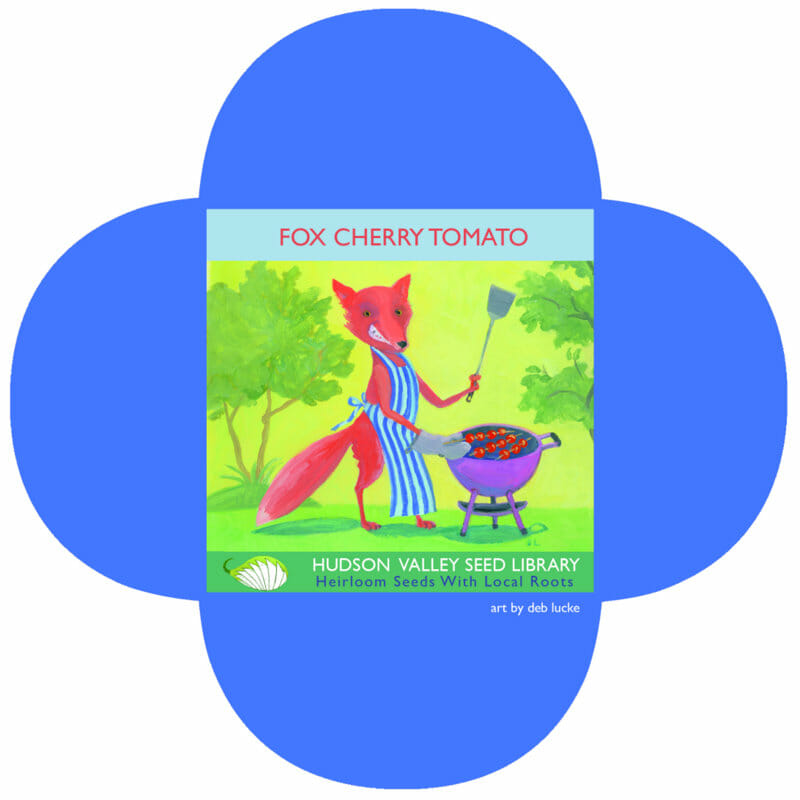 WEDNESDAY’S SNOW IS TURNING MY HILLY WORLD TO ICE; the day was so short as to be unforgivable; the forecast calls for 11 degrees F tonight, the second such low in a row. No matter, though, because in my imagination, at least, I’m having grilled tomatoes with a wildly handsome red fox, thanks to Hudson Valley Seed Library’s killer seed packets, like the one above. Got anybody who could use a smile in their holiday stocking? Take a peek at a few more:

You heard me get all excited about Hudson Valley Seed Library when I met them at a lecture months back, and now there’s a whole other set of “art packs,” as they call these artist-designed creations. The four colorful rounded tabs (the blue parts on the packet above) fold behind the cover image, and the whole little origami-like thing holds a glassine envelope of heirloom seeds. You can purchase one, or a whole set of 16. Charming.

Categoriesfrom seed
Tags
Hudson Valley Seed Libraryseed catalogs
Radio Podcasts
a way to garden podcast
Margaret's weekly public-radio show, from Robin Hood Radio in Sharon, CT, the smallest NPR station in the nation. Listen live at 8:30 AM EDT Mondays, to the replay Saturday morning, or stream the podcast anytime. LISTEN OR SUBSCRIBE FREE: Get the iTunes version; find it on the Stitcher app; or on Spotify, or your favorite podcast app. Browse past interviews below.
Podcast Archive

hudson valley seed library, a seed company you can join

I’M CHECKING OUT SEEDS like mad in a lot of catalogs right now, but one seed company—Hudson Valley Seed Library—actually got its start a decade..
Read More