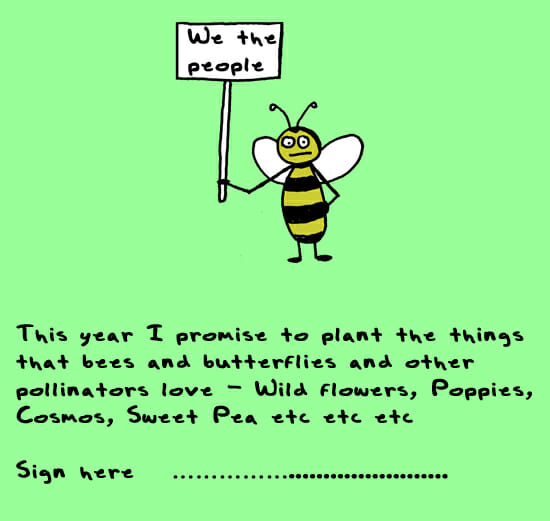 I HAD WORD FROM OUT SOUTH DAKOTA WAY today that my friend Andre Jordan, master doodler, is soon to become a beekeeper, too–that he’s thinking meadow more than manicured backyard, and yes, maybe even a hive someday. What’s the buzz from your corner of the garden world?

Tags
bee gardenpollinator garden
Radio Podcasts
a way to garden podcast
Margaret's weekly public-radio show, from Robin Hood Radio in Sharon, CT, the smallest NPR station in the nation. Listen live at 8:30 AM EDT Mondays, to the replay Saturday morning, or stream the podcast anytime. LISTEN OR SUBSCRIBE FREE: Get the iTunes version; find it on the Stitcher app; or on Spotify, or your favorite podcast app. Browse past interviews below.
Podcast Archive

doodle by andre: let it all sink in

MRS. ANDRE is our Litmus Tester. What she thinks about a Doodle by Andre in the making can seal its fate–as in, into the bin,..
Read More
d
June 17, 2010
3 Comments

doodle by andre: it lives!

EVEN AFTER 30ISH YEARS OF CLOSE ATTENTION to such matters, I have to say I am still surprised how many things in the garden make..
Read More
d
March 3, 2011
11 Comments

WELL, THIS SOLVED ONE OF LIFE’S GREAT MYSTERIES, at least for me. Since matter cannot be destroyed, I was sure all the former Frosty’s were..
Read More