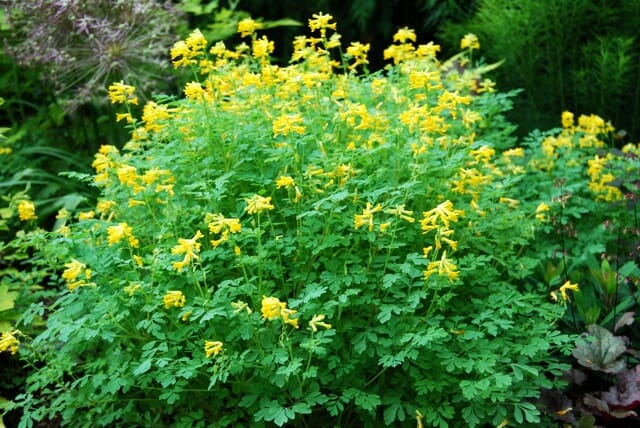 BASIC BOTANICAL LATIN confounds beginning gardeners. The worst part: worries about proper pronunciation. I only wish that someone had told me 20 years earlier that any pronunciation was fine—and light-years better than imprecise common names. Botanical Latin, it turns out, isn’t a real language at all—it’s not the tongue of ancient Rome—but a system of nomenclature (or naming) invented by Carl von Linne, also known as Linnaeus, in 1753.

How do you pronounce the words of a language that doesn’t belong to any one nation or people, exactly? Any way you like. What’s important is that you learn the words and let them help you to find the plant you really want. As a bonus, certain botanical Latin words used to name various plants often also reveal that plant’s characteristics. This is particularly true among the species names, or “specific epithets,” the second word in each two-part (or binomial) botanical name, which modifies the first word, the genus name. What follows is a sampling, in each case expressed in the -us ending (-a and –um are also used when the gender of the subject being modified is appropriate):

Yellow may be expressed with flavus (a pale version), luteus or lutea, as in the charming perennial Corydalis lutea, top photo), and citrinus (lemon-colored).

Red is rubrum; rosy-pink is roseus.

Purple is simple: just say purpureus. If it’s very dark, it might be atropurpureus.

White is albus; black is nigrum.

Silver is expressed as argenteus; gold is aureus.

As for good old green, when it’s noted it might be viridis (or sempervirens in the case of evergreen).

There are various words for blue, including azureus (a sky-blue color) and caeruleus (somewhat darker).

Variegated leaves or flowers are sometimes labeled variegatus, but might also be called pictus (which means painted, and is used to indicate bright coloration of other kinds, too).

If a plant is graceful or slender, it might be designated gracilis. If it is globe-shaped, globosus might be more appropriate. A pyramid, not surprisingly, is often expressed by pyramidalis.

A shrubby plant might be labeled fructicosus or frutescens. Upright and columnar? Look for the words fastigiatus or columnaris. Downright narrow, with nearly parallel sides: linearis.

A dwarf plant might be nanus or pumilus; a creeping one, repens; one flat on the ground, prostratus or procumbens. If they spread in a straggly manner, the specific epithet divaricatus is a possibility. If instead the plant climbs, it could be called scandens.

Pleated leaves might be indicated by the word plicatus. Woolly ones are often labeled lanatus.

If the surface glistens, it could be called fulgens. If it’s spiny, spinosus is a more appropriate epithet.

Inodorus means a plant has no fragrance. Aromaticus and fragans mean that it does. But so do pungens (pungent), odoratus (sweet-smelling), and foetidus (fetid, or stinking).

Some epithets, such as praecox, mean simply early. Spring interest is expressed by vernalis; summer by aestivalis; fall by autumnalis, and winter by hyemalis.

Plants from wet places are often called palustris (or aquaticus, if they actually live in water). Those from rocky areas may bear the specific epithet saxatilis; if sand was in their background, arenarius is the word. Woodland denizens may be sylvaticus or sylvestris; those from above the treeline are alpinus.

More about “taxonomy lite” as I understand it is here.