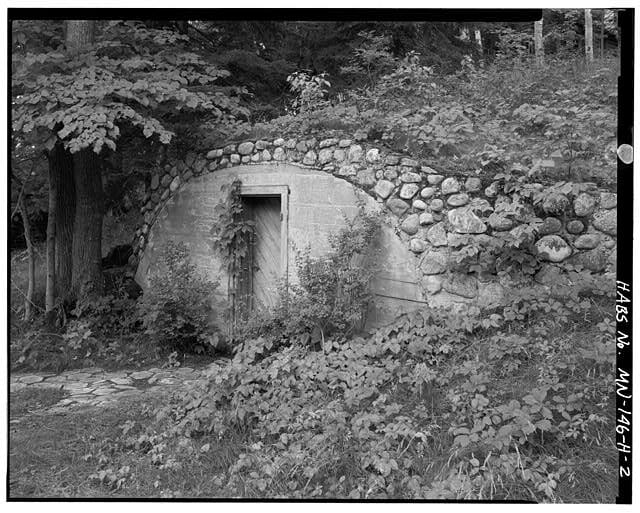 DEAR GAYLA: I wanted to write immediately, because if anyone would understand this latest mad urge, it would be you. Oh help me, please, but I want a root cellar in the very worst way.

a series of letters to a friend

‘DEAR GAYLA’ is how each installment of occasional “out-loud” letters to my garden-blogging friend Gayla Trail of You Grow Girl [dot] com begins. If you want to backtrack, here are links to the first and second letters in our series.

The latest longing for a way to store my garden produce properly overtook me last week, when I was looking for images of roots (as in those ant-farm-like diagrams of a cross-section beneath the soil surface of the prairie).  One of the “autofill” suggestions that appeared when I started typing r-o-o-t into a Library of Congress photo-archive search was the phrase “root cellar,” and I could not resist.

Suddenly, down the rabbit hole into underground repositories of yesteryear I went, touring historic root cellars around the United States that had been surveyed as part of a Historic American Building Survey for the National Park Service, I believe.

I couldn’t help myself; I started clicking on them, imagining carrots and beets, cabbages and apples, potatoes and parsnips and who knows what else all happily tucked in their respective corners. Of cellars like this one, in the state of Washington: 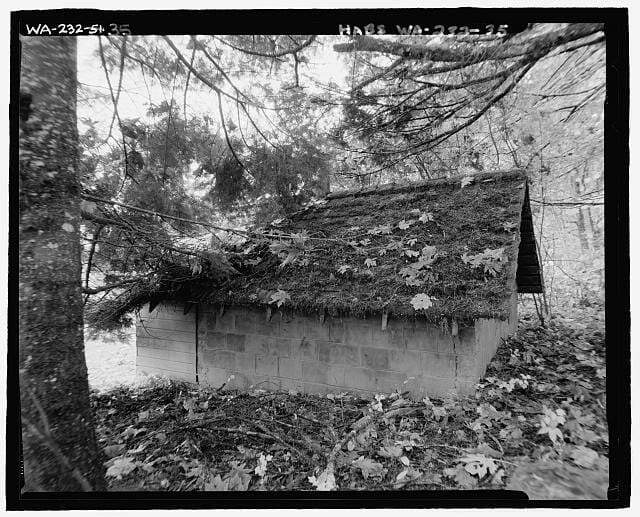 Or another, on the North Bank of Sailor Gulch, near Boise, Idaho: 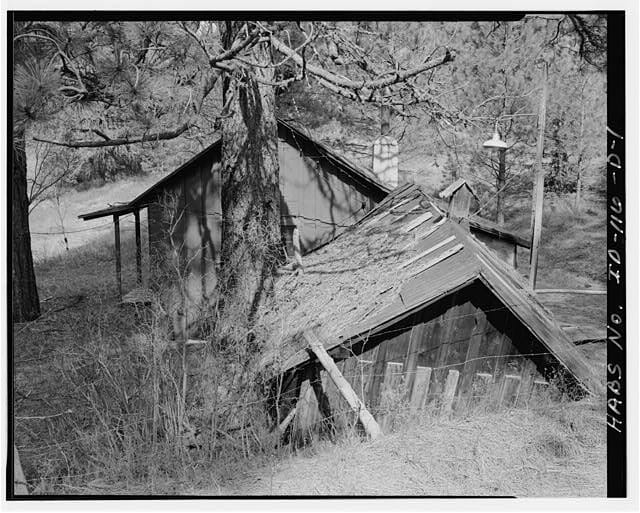 Or this one from Yuma County, Colorado: 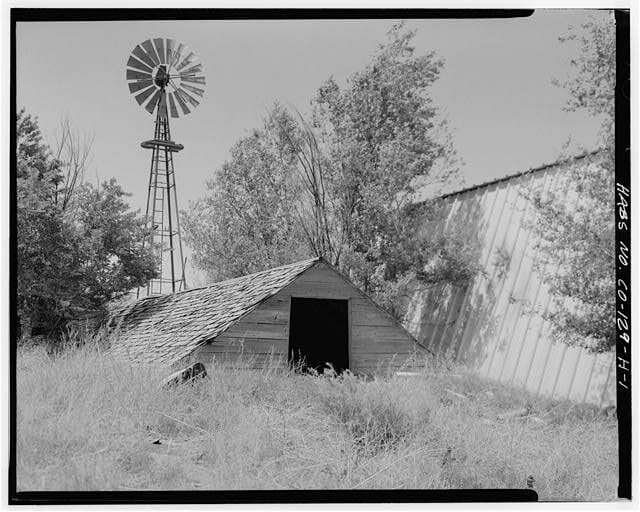 Survivalist websites, of course, are full of root-cellar (and bunker!) plans, but I was thinking something prompted less by a gloom-and-doom sense of worry than by my hopes for a fruitful year ahead, you know?  I want something romantic, like this one in Minnesota that even has a charming path leading to it, maybe (seen in full up top): 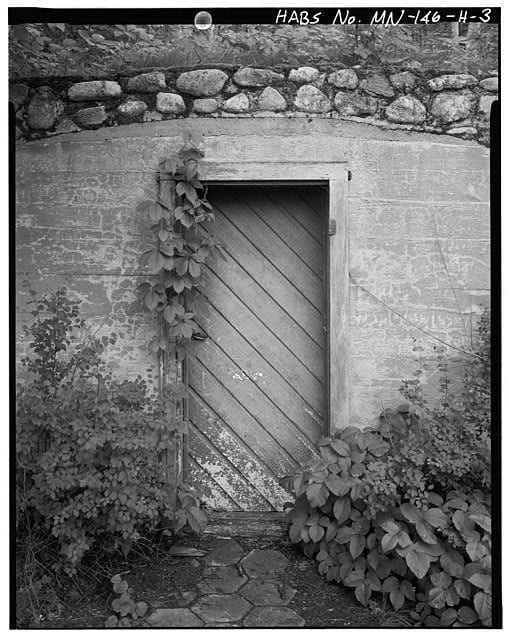 My 1880s-vintage basement, with an unmortared foundation, might have been good for root cellaring at one time in its long history, when the now-cement floor was still dirt and the stones were more stable. But it’s none too inviting at this point. A dungeon, really—and I dare not actually introduce edibles to the resident mix down there, which right now is mostly small, furry and four-footed (well, plus the occasional snake in summer).
I do have a substantial bulkhead leading from it to the outdoors, and I suppose that could be lined with animal-proof mesh and turned into a repository, but it’s not big enough to stay just above freezing in a deep coldspell, I fear. I’d have to crack open the door to the rest of the basement to try to adjust it, and that would be a real loss of heat inside. Not ideal. The other tricky part, of course, is that different fruits and vegetables prefer different temperatures and humidity levels. Lots to learn.

Apparently the primary keys to success are temperature, humidity and also one I didn’t think about: ventilation. Cold air from outside needs to drop down into the cellar, and warm air needs to rise, in a sort of ongoing siphoning motion. I’m studying up on how to do that in “Root Cellaring” by Mike and Nancy Bubel, which I just bought a copy of. (I’m giving a couple of copies of it away this week; see the box below.)

In case you’re interested, Gayla, I gathered some article links from among the scraps I’ve read these last days, before my copy of “Root Cellaring” arrived (note: that’s an Amazon affiliate url).  The stories I bookmarked:

Looks like I am going to have to dig a really big hole (which reminds me of this doodle by my friend Andre Jordan that had nothing to do with vegetable storage, but rather with marriage rockiness, I think). Of course I could always just pile it up in a mound…like in this wacky and wonderful 1942ish Farm Security Administration graphic: 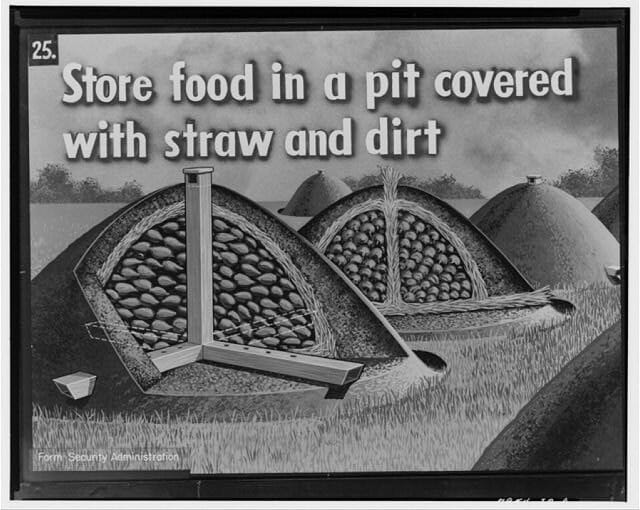 Be sure to toggle through the stash of root cellar photos over at the Library of Congress. There are even architectural drawings for many of them. Wonderful—even though they were documented in their long-past-prime condition and could use a little TLC to be put back to the test.

Speaking of which: Are you feeling inspired, or energetic? Will you and Davin and Molly be down to help excavate anytime soon? Frost is leaving the ground gradually…please hurry! 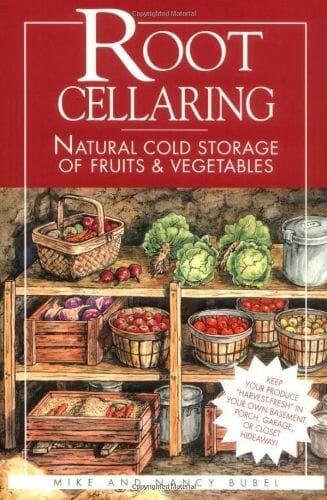 I’M READING “Root Cellaring” by Mike and Nancy Bubel, and maybe you’d like to read along with me. Two extra copies I bought will be up for grabs to winners chosen at random after entries close at midnight Monday, March 25. To enter, answer this question in comments below:

Do you stash any homegrown or farm-market produce into the fall and winter, and if so, where?

I mostly freeze things in soups and such, and store produce such as garlic, onions and potatoes in my insulated but unheated barn until around mid-December, then move things to the coolish mudroom in my house.

Good luck to all–and more on food storage later, when I study up a bit further.

(Disclosure: Amazon affiliate links earn me a small commission, which I use to buy more books for future giveaways.)

Categoriesedible plants freezing & canning fruit recipes & cooking vegetables
Radio Podcasts
a way to garden podcast
Margaret's weekly public-radio show, from Robin Hood Radio in Sharon, CT, the smallest NPR station in the nation. Listen live at 8:30 AM EDT Mondays, to the replay Saturday morning, or stream the podcast anytime. LISTEN OR SUBSCRIBE FREE: Get the iTunes version; find it on the Stitcher app; or on Spotify, or your favorite podcast app. Browse past interviews below.
Podcast Archive

DEAR GAYLA: Word of the moment—and of the day, month, season, and entire garden year: resilient.  From the minute the deafening hail descended on May..
Read More
g
April 15, 2013
6 Comments

DEAR GAYLA: Well, this is just perfect. You are publicly blaming me for the fact that you are about to be overrun by giant Nicotiana..
Read More
d
February 1, 2013
17 Comments

dear gayla: a letter to a garden friend

‘DEAR GAYLA’: Those two words are how each “letter” in this new occasional series will begin, each time I write here to my friend Gayla..
Read More