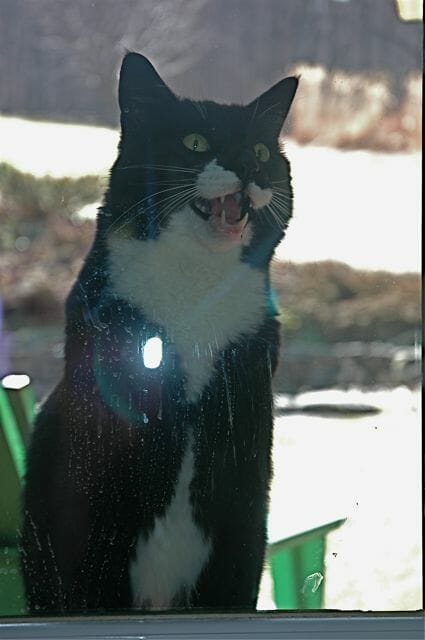 AWAY TO GARDEN DEBUTED in March 2008, when I was fresh out of the corporate world and beginning my new life in the garden; a dream I’d held since my 20s but never had the nerve to undertake. It is hard to believe how much has happened this first year “out,” much of it because of my adventures in WordPress, which provides the technical foundation of this blog.

When I jumped into the WordPress frogpond in 2008, I pushed my friend, designer Ken Smith of New York, in, too. Plop! Our understanding and love of this powerful, poetic code grew so fast that first year that we soon became impatient with Version 1.0 of A Way to Garden. As much as we loved our first creation, we wanted to layer on more of the tools we’d discovered along the way.

In March 2009, therefore, just a few weeks shy of A Way to Garden’s first birthday, we launched Version 2. Our partners in this undertaking, whom we met while creating my second WordPress blog The Sister Project late in 2008, are Brad Williams and Brian Messenlehner of WebDevStudios, who have taught Ken and me so much. We thank them.

In March 2010, Version 3 (the current one) was launched. I think you will agree that the new A Way to Garden, which will continue to evolve gradually right before your very eyes, is more readable, with subtle but important typographic and functional enhancements. The site is now built on the powerful new technical framework called Genesis, by the amazing Brian Gardner.

Our Urgent Garden Question forums, a community area where you can help one another with solutions to shared problems, moved to bbPress technology in 2010. I will jump in when I can, and try to help out.

We are proud (and a little awestruck) to be a part of the WordPress community, and the open-source world in general. We are so grateful to WordPress that we co-sponsored the first-ever New York City WordCamp in October 2008. Margaret Roach Inc. (which some of those close to me say should be renamed Monkey Business Inc.) was proud to co-sponsor the 2009 event as well.

Everything copyright 2008-2012 Margaret Roach, and all that good stuff, except for the category of posts called “Doodles by Andre Jordan,” which are (big surprise) copyright Andre Jordan, created exclusively for A Way to Garden. We are proud to share this space with as talented a daydreamer as Andre. Andre has been another of the many blessings that have rained down on me from the making of this funny blog.

You, of course, dear readers, are another such blessing. Thank you for your many thousands of comments (10,000 before our second birthday and four time that many by our fourth!) and for being my companions in this adventure in rural living.

A special thank you goes to Jack the Demon Cat (top), who adopted me at 11:30 AM on September 11, 2001, when I returned from New York City to find him in my driveway. Since then, he has lived happily in a cabin behind my house (that’s his place on the left, across the path from mine, above), respecting my privacy and I his. At first he understood his mother needed some quiet time to create this blog, as much as he really, really wanted to get inside to explore The Big House and spend some quality time.

The second winter here together, he suckered me into granting him a pillow on the floor beside my chair for his daytime enjoyment. The pillow soon moved to a chair of his own, beside mine. We still maintain separate bedrooms.