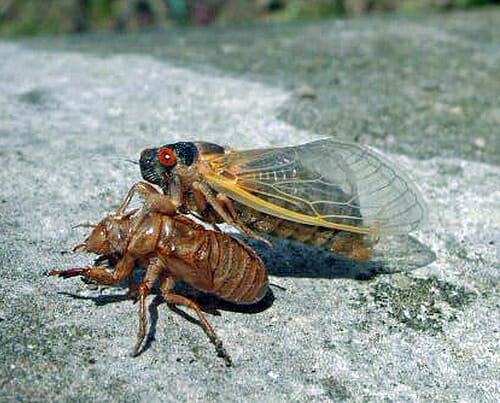 articles i enjoyed on periodical cicadas

Categoriesinsects & worms trees & shrubs
Radio Podcasts
a way to garden podcast
Margaret's weekly public-radio show, from Robin Hood Radio in Sharon, CT, the smallest NPR station in the nation. Listen live at 8:30 AM EDT Mondays, to the replay Saturday morning, or stream the podcast anytime. LISTEN OR SUBSCRIBE FREE: Get the iTunes version; find it on the Stitcher app; or on Spotify, or your favorite podcast app. Browse past interviews below.
Podcast Archive

oaks: the most powerful plant of all, with doug tallamy

EVERY TIME over the years that I’ve spoken to today’s guest, one word comes up: oak. If entomologist and University of Delaware Professor Doug Tallamy..
Read More
a
May 25, 2013
18 Comments

a video celebration of the 17-year cicada

I’VE CONFESSED MY FASCINATION for the emerging 17-year periodical cicadas already, and that was even before being treated to this trailer for an hour-long documentary..
Read More
c
June 27, 2015
358 Comments

HOW CAN YOU KILL this “bad” bug or that one? Well, here’s a thought that does not involve buying some packaged product with unintelligible ingredients..
Read More