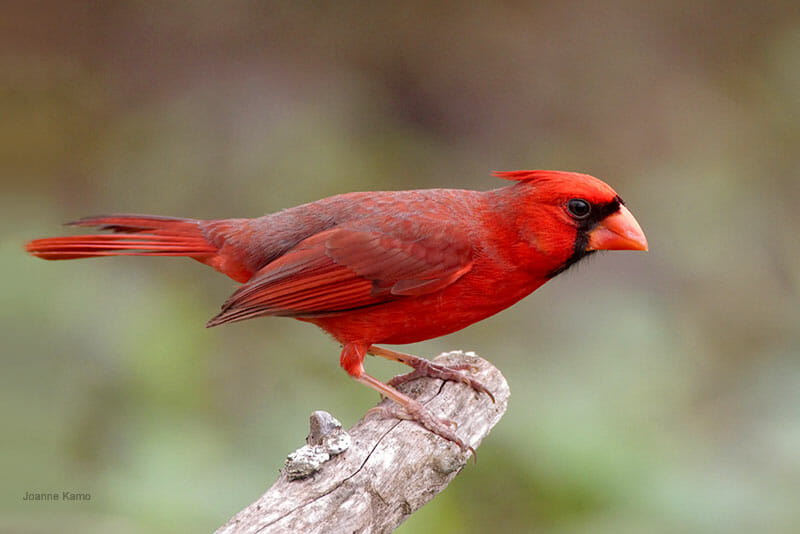 “The Northern cardinal–male version–is about as red as a bird comes, so no wonder that it turns up on Christmas cards,” says Ellen Blackstone, my friend at the public-radio show BirdNote, the repeat guest for our series of bird-themed Q&As.

In the story that follows, Ellen provided me with green links to audio files from BirdNote’s archive that you won’t want to miss; click them. Information on how to hear BirdNote daily is at the bottom of the page–and if you want to give thanks to nonprofit BirdNote for all their wonderful avian “aha’s,” you can do so at this link. 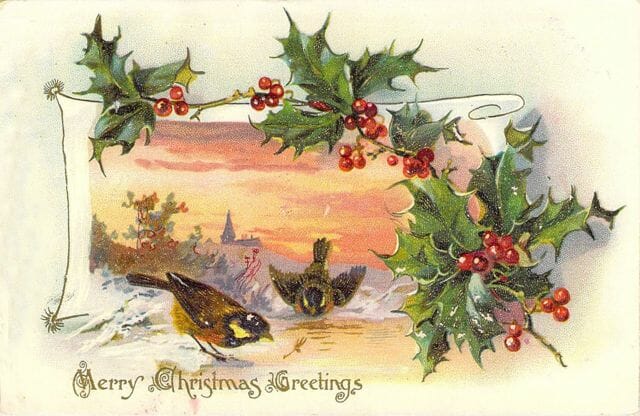 A little inside-birding humor: A friend of Ellen’s once did “a CCBC, a Christmas Card Bird Count” (playing with the name of the famous Christmas Bird Count; details at the bottom of the page) and came up with the cardinal at Number 1, black-capped chickadee at Number 2, and the European robin in third place.

If traditional Christmas colors are red and green, why no green birds on the cards? Well, how many green birds have you seen out your window? 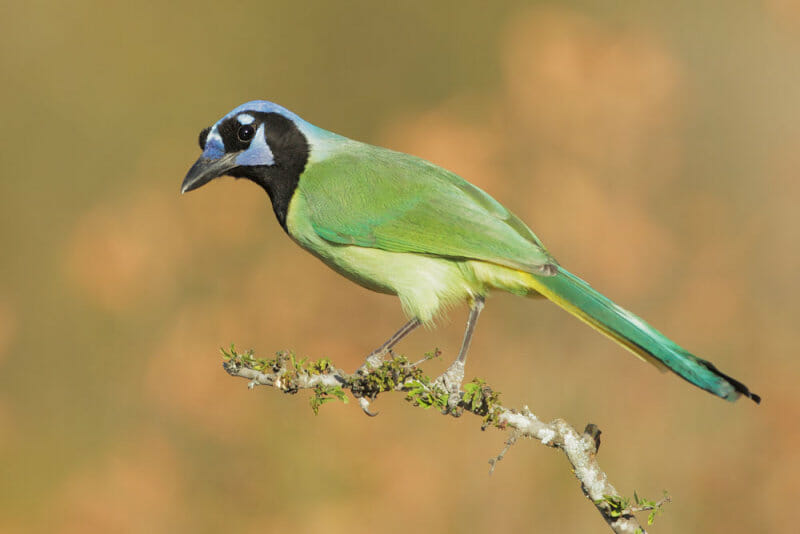 “The only green bird we see in the United States–and this only in far-south Texas, in the Lower Rio Grande Valley–is the green jay,” says Ellen (photo above). “And that’s really more chartreuse, with a bold blue head, so it doesn’t classify as ‘holiday colors.’” 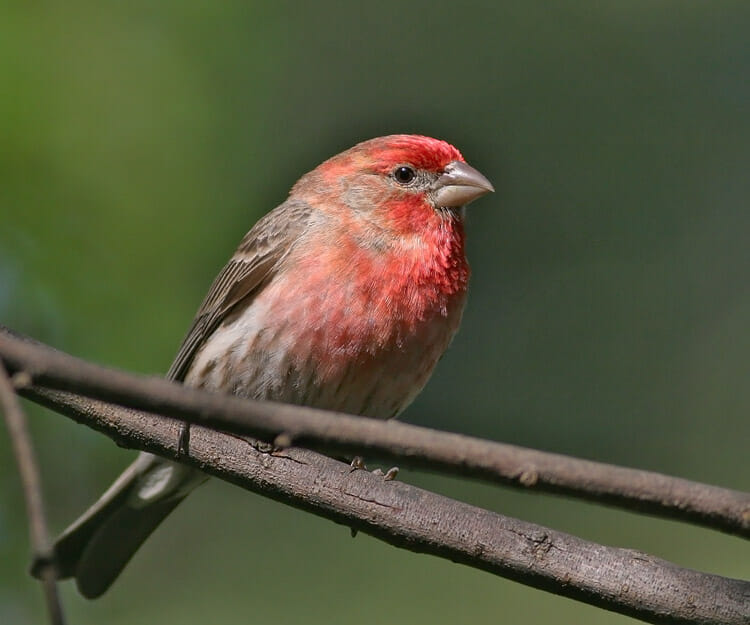 Any more red birds to be seen? The house finch is common from coast to coast, border to border, except for the Plains states, and the male (above)–depending on what he eats–can be very close to red. 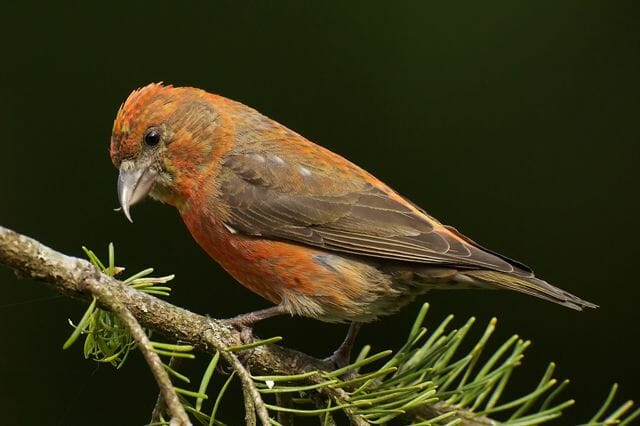 If there is a pair of birds that epitomizes the holiday season, it would probably be the male and female red crossbill, Ellen says (photos above and below, respectively). “Use your imagination, and you can say that they’re actually ‘red’ and ‘green.’ And…their main food is conifer seeds.” How festive (and what perfectly adapted bills they have for the task). 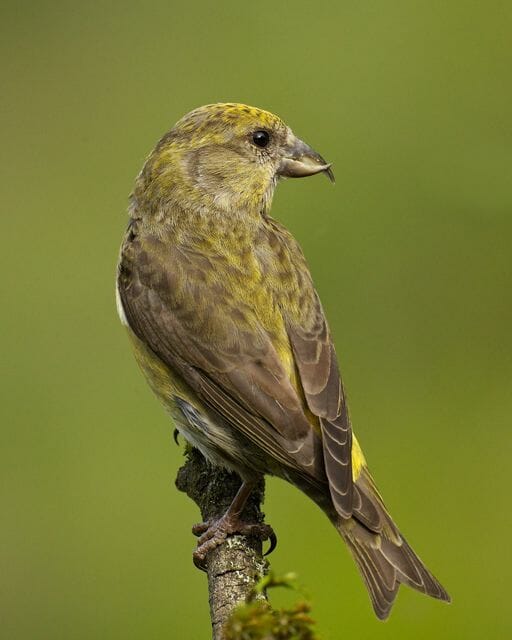 Which of these birds might turn up near you? Join a Christmas Bird Count, and see what you can see. Prior birding expertise is not required; all extra pairs of eyes focused on this citizen-science effort can help.

In my garden, apparently we’re having a blue Christmas–as in blue jays. A flock is screaming right now, even as I type. Typically I see two or three at a time, but this winter so far: nine or 10 loudmouths at a time, each with something that doesn’t sound much like “Merry Christmas” to say.

WONDER WHY the living alarm clock outside your open window—the one that’s been awakening you at 4-something A.M. since spring arrived—isn’t sounding? What suddenly happened..
Read More
b
September 7, 2013
18 Comments

LEAVING SO SOON? That’s the lament for hummingbird-lovers (and who isn’t one?), as summer fades and the tiny creatures often move along southward. Ellen Blackstone..
Read More