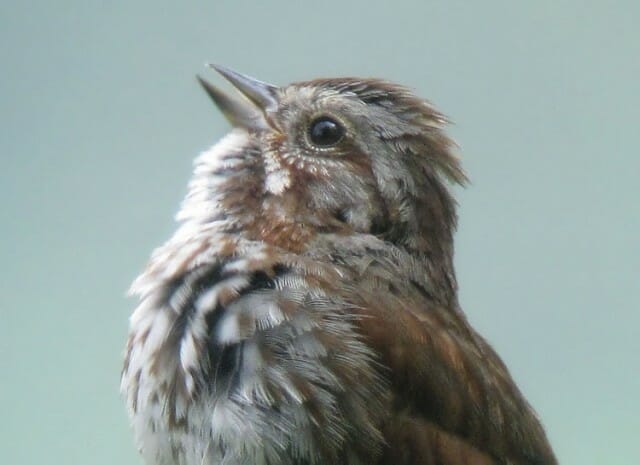 THE ‘SONG’ my bird-mad friend Ellen and I are “singing” via email across a continent this early spring is, “Do You Hear What I Hear?” Avian voices are tuning up for another breeding season; we’re listening, gratefully, and exchanging sound bites of our own about who’s adding what notes to the growing chorus.

Ellen—part of the BirdNote public-radio show team and my collaborator on a series of bird-related stories—is the person I always tell about new birds or other avian happenings out my window, even though I’m in the Hudson Valley of New York and she’s in Seattle.

“Is it starting out there?” I asked as March began, just in from a session of crawling around to cut back hellebore foliage, accompanied by mourning dove (above), chickadee and titmouse songs.

“Yes,” was the quick answer, in an email with a photo of Ellen’s own tidied-up hellebores—all in full bloom, way ahead of mine. Also in her email: the local weather report, and list of current voices she’s hearing.

“The occasional spring-like days in the Pacific Northwest—after an un-winter-like (but record-wet) winter—make it a joy to be in the garden,” Ellen wrote, “even when all I’m doing is deadheading things or cleaning up the mess.” (On my coast, the winter was a non-winter, almost no snow, with little prolonged cold.)

“I know some of the songs we’re hearing, East and West, are different, Margaret,” Ellen added, “but some are the same or close cousins.”

Let’s compare (green links will send you to short BirdNote audio programs about each species): 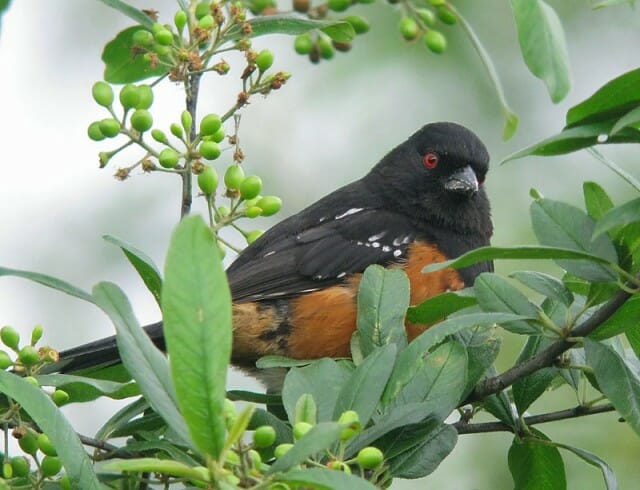 And then she remembered one more early voice: the Bewick’s wren. 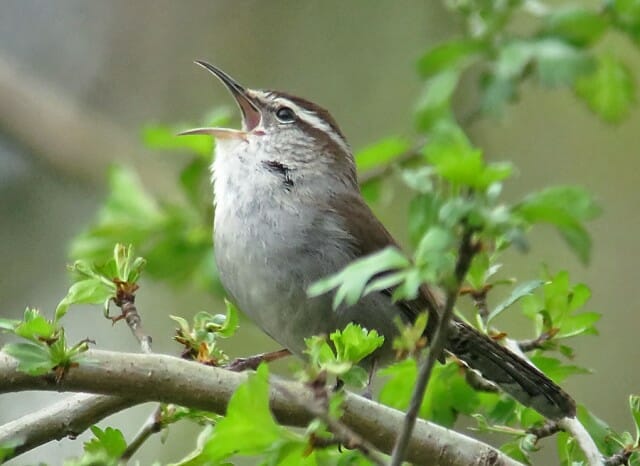 Apparently a young Master Birder friend once told Ellen, “If there’s something singing in your backyard and you don’t know what it is, it’s a Bewick’s wren.”

In the Northeast we don’t have the Bewick’s (above), and the house wren hasn’t shown up and told me off yet with that incessant chatter it makes. I did sight my first Carolina wren in months today (March 10), along with a pair of bluebirds.

Where I live, I wrote back, if you hear someone singing and don’t know who it is, it’s a red-eyed vireo. Not around yet in 2016 that I have heard—but when they return, it’s pretty much nonstop vocalizing. Like, um, up to 22,000 times in a 10-hour period, the experts say (photo below).

Ellen’s right; we have some of the same birds and some close cousins, despite our geographic difference. I will hear (and see) the Eastern towhee, various warblers, and the golden-crowned kinglet before long, but not yet. So far the list:

By the time I hit the “publish” key on this story, I suspect the list will have grown on both coasts. Who’s singing so far in your garden? Do tell.

LIVING WHERE WILD TURKEYS, once in decline, have been extra-successfully repopulated, I get to regularly enjoy these comical big birds. Their crazy, descending gobble-gobble-gobble, and..
Read More
b
December 22, 2014
5 Comments