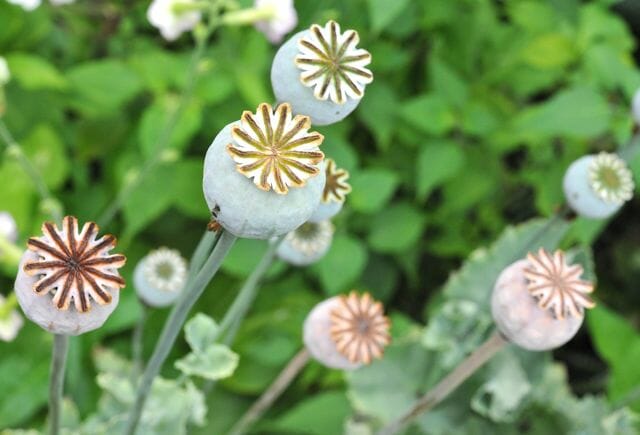 I’M SAVING ANNUAL POPPY SEEDS in little brown bags, turning the intricate, preposterously shaped heads wrong-side up after the pods start to ripen, and listening as the tiny black embryos spill out, thousands of them into each paper sack. Voila! There will be poppies to share with a gardening friend who admired them this summer—and fewer to thin out when the crop self-sows in the year to come. How I grow Papaver somniferum, the breadseed poppy. 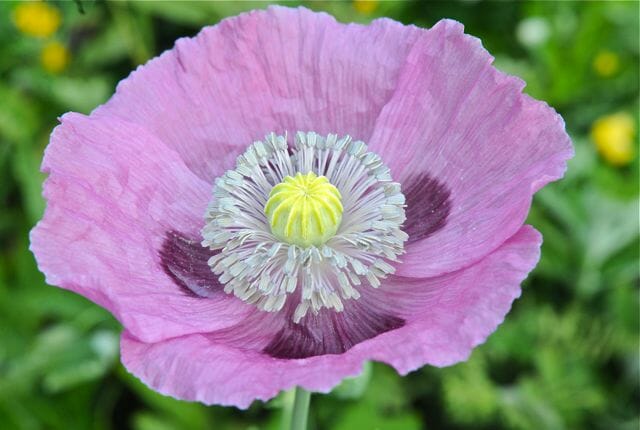 First, of course, the elephant in the flower bed: Of course we used to call them opium poppies, but then everybody worried they’d get arrested.  Breadseed sounds tamer. Remember Michael Pollan’s article in “Harper’s” about his journey with the poppy in 1997?

Today, I’m operating on the idea that growing a few poppies for their fleeting ornamental use in the garden, or to enjoy the dried seedpods in an arrangement—or to sprinkle their delicious poppyseeds into a baked good, for that matter—isn’t in any way violating anything. It’s simply gardening.

Seed catalogs sell them, and gardeners grow them.

‘IT IS LEGAL to grow Papaver somniferum in the United States for garden and seed production purposes; it is illegal to manufacture opium from the poppies.’

Papaver somniferum (which is an annual species) simply plant themselves in my garden, and in fact if you aren’t careful you’ll have a trail of seedlings come spring marking the path you took to the compost heap during fall cleanup. I find them easy to grow once they get started; simply thin the little blue-gray seedlings as they emerge to give the plants some elbow room. 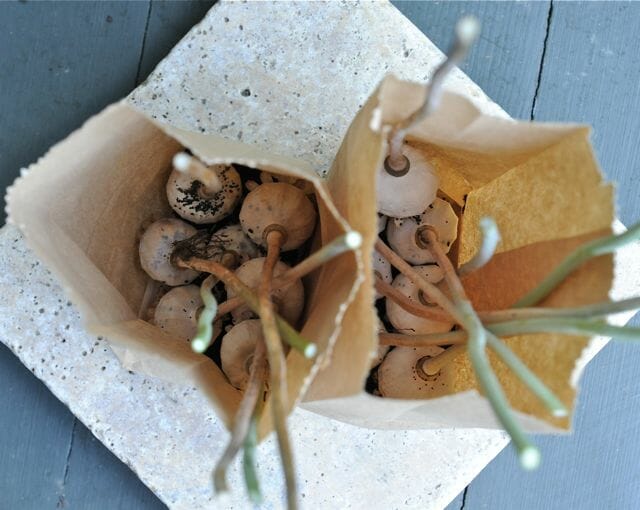 As for that first packet from the seed catalog to get things going, there’s the question whether to sow it in later winter/earliest spring or in fall. Conventional wisdom says in colder climates like mine, sowing outdoors around March (assuming no snow cover) would be ideal, and in warmer zones, in fall.  But my poppies (well, except the ones I put in the little paper bags to save and share, above) are sowing themselves now and through the fall, as the pods dry and open and get tossed about by weather, and as I say, I’m never short on volunteers in the year to come. They must be on to something! 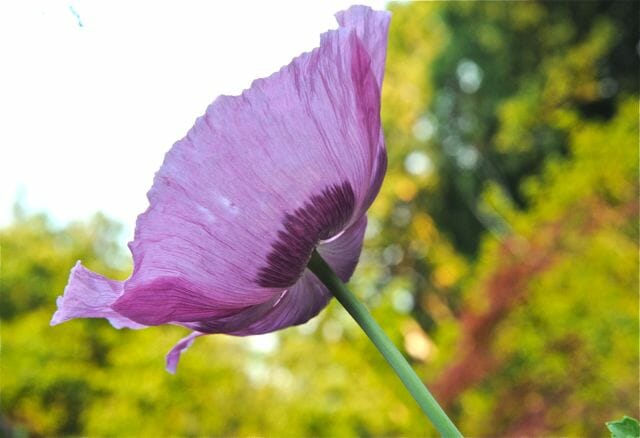 The key whenever you sow is to be careful cleaning up the area where the seeds were dispersed, and also this: Don’t cover the seed, but barely press it into contact with the ground. It wants light to germinate. Papaver somniferum doesn’t transplant well; direct sow it.

Some gardeners mix the tiny seeds with sand or even coffee grounds to make sowing easier, and other friends swear by buying two packets of each kind and sowing heavily to make sure they get the desired effect.

Learn how longtime grower and collector of poppies Marilyn Barlow of Select Seeds grows poppies from seed (those are some of her beauties in the 4-photo grid below). 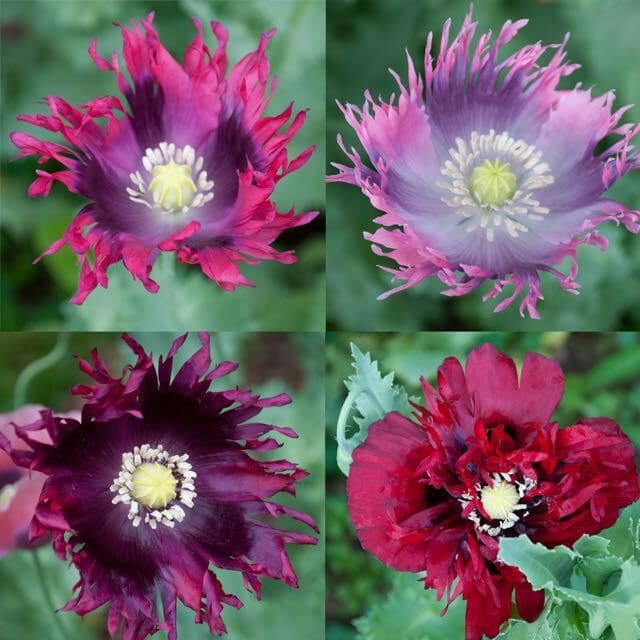 THINKING OF a fall or winter sowing? Order seeds now in a range of colors and flower forms, including some extravagant fringed types or peony-style doubles:

Categoriesannuals & perennials from seed ornamental plants seed starting
Radio Podcasts
a way to garden podcast
Margaret's weekly public-radio show, from Robin Hood Radio in Sharon, CT, the smallest NPR station in the nation. Listen live at 8:30 AM EDT Mondays, to the replay Saturday morning, or stream the podcast anytime. LISTEN OR SUBSCRIBE FREE: Get the iTunes version; find it on the Stitcher app; or on Spotify, or your favorite podcast app. Browse past interviews below.
Podcast Archive

I DON’T RECALL where the annual poppies that have been replanting themselves here and there around my garden for decades came from in the first..
Read More
o
March 29, 2014
425 Comments

‘HELP!’ I cried to Marilyn Barlow the other day, after getting lost online among her tassel flowers, unusual poppies and crazy chenille-like amaranths. It had..
Read More
t
December 17, 2014
3 Comments

TOMATOES AND GARLIC and things for the shade. Tricks for success with seeds, and for putting up the harvest so it lasts. No surprise that..
Read More