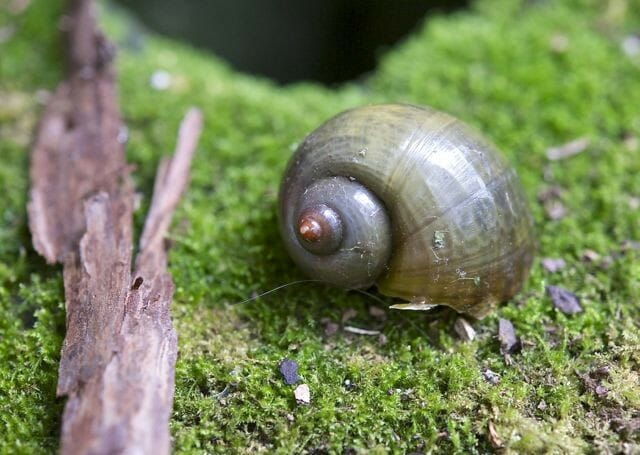 IT WAS NO ORDINARY SNAIL; far larger than any familiar native species in my cold zone, and obviously out of place. It was fall 2013, and fearing it would not survive, I scooped it up, found an old aquarium in the shed, brought it into the house along with soil and moss, and made the snail (above) a home.

A visiting friend saw the aquarium-turned-terrarium, listening patiently to my explanation of the new roommate. A few days later, a package arrived.

Inside was “The Sound of a Wild Snail Eating” (affilate link), Elisabeth Tova Bailey’s little prize-winning 2010 book, a kind of memoir blended with natural history and an almost-Buddhist sense of awakening.

It was written about a time when Bailey was bedridden, convalescing from a long and serious illness. The story begins when a guest who happened on a snail in the garden picked it up, potted up some violets from the yard, and set the flowerpot down, snail and all, at Bailey’s bedside. The accidental companion becomes not just a curiosity item or entertainment, but a teacher, a soulmate, and the source of revelation.

It’s hard to think of the story of a more intimate relationship—and all conducted in silence (except for that occasional munching on a mushroom slice).

I HAD REASON a couple of years ago to recommend the snail book to someone recuperating from illness, and having been reminded of it, pulled it out to re-read. In this year of foiled plans and do-overs, every move scotched by some meteorological outburst or another and homebound being the rule instead of exception, it seems like just the right choice once again.

Last time I read it, I was relieved to learn about the long periods of inactivity that snails undergo. Mine hadn’t “done anything” in months, yet it was still the same weight—it certainly hadn’t dried up as if dead, its operculum remaining tightly in place. Perhaps it read one of the many just-right quotes in Bailey’s snail book, like this one from Anthony Cook’s book on mollusks, in which he describes their basic operating philosophy:

“The right thing to do is to do nothing, the place to do it is in a place of concealment, and the time to do it is as often as possible.”

Indeed, and then some.

MY OWN SNAIL STORY continued another year or thereabouts, though my family wasn’t always sold on the situation.

“You need a new cat,” my niece insisted after my beloved Jack died not so many months after the snail’s arrival (no cause and effect implied; rodents were his passion, not mollusks).

“I have a snail,” I said back then, digging in.

“All right, then: You can get a cat and name it Snail,” she replied, negotiating—but only slightly—from her opening offer. I like to think she gets her stubbornness from me.

win a copy of the snail book 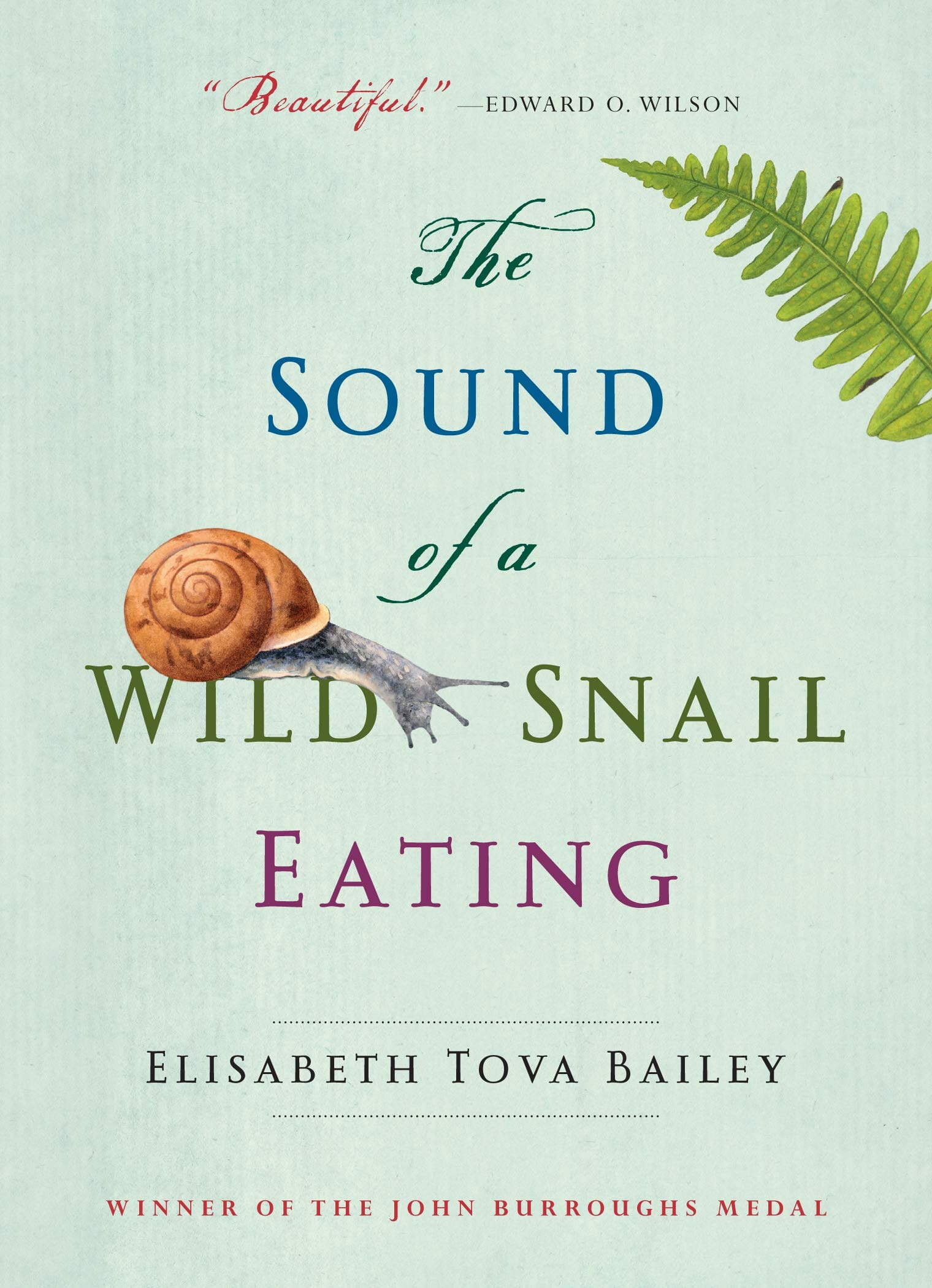 I’LL BUY one lucky reader a copy of “The Sound of a Wild Snail Eating” by Elisabeth Tova Bailey. To enter, just answer this question in the comments below:

Has there been a wild creature who has informed, or continues to inform, your life–or just amazes you? It needn’t be one who has come inside to live!

Feeling shy, or no answer? Just say something like, “Count me in,” and I will. Two random winners will be selected and informed by email after entries close at midnight Tuesday, November 3, 2020. Good luck to all.

stop and look around you: books for observers of nature

I REGARD FIELD GUIDES, like cookbooks, as the universal gift, a “something for everyone” category. Everybody’s got to eat, and occasionally go outside, right? But..
Read More
d
October 4, 2012
15 Comments

dinner date? the salamander and the snail

IF I WERE FEELING VERY CREATIVE I’d write a children’s book: “The Salamander and the Snail.” It would be about an encounter and subsequent relationship..
Read More
b
January 25, 2015
46 Comments

blue jays part 2: why are they chipping paint off my house?

RAT-TAT-TAT. And then again, from outdoors, on the front of the house. It’s far too early for the annual woodpecker ritual of drumming to assert..
Read More