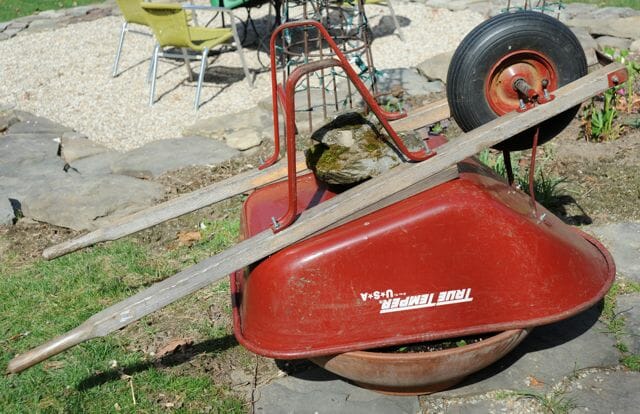 IAM NOT EVEN SURE WHAT TO SAY ABOUT THIS: Weather that in less than a week goes from near 80 to more like 18 (other estimates say 17, even, for tonight, with winds up to 40 miles per hour as the icing on the ice-cream cake). In March. A March that looks more like late April, or maybe May. I dared last week to pot up giant bowls of pansies and violas, all of which are now taking shelter under upturned wheelbarrows and garden carts, like the one above. What else is there to do about a hard freeze that’s threatening a big swath of the northern and eastern section of the nation?

Watering the soil in pots–or beds–well before tucking things in is the first line of defense here, and what I did this afternoon. Cornell says that moist soil can hold four times more heat than dry, and also conducts the warmth toward the surface faster to aid in frost prevention.

Watering the actual plants–such as with a sprinkler or hose-end wand–to wash off the frost just before dawn (the coldest part of the night)–can help when temperatures will be just around freezing, but with 17F forecast, I’m not setting any wakeup alarms here. Useless. 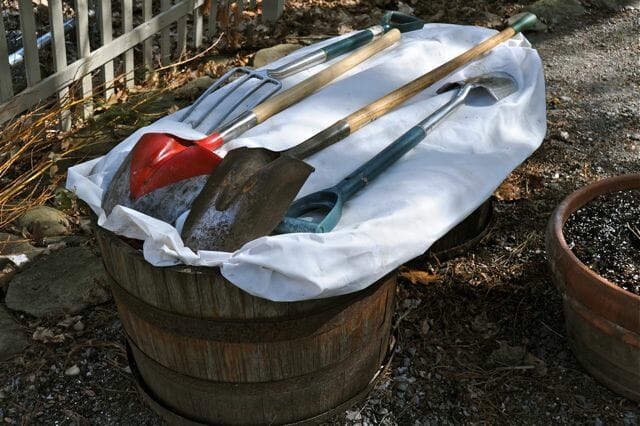 I’d rather turn large containers and boxes (or my carts) upside-down over things than lay material right on top of succulent, tender plants–especially when high winds are forecast that will whip the material around. When I do need to resort to a fabric covering, like the side-by-side whiskey barrels of pansies above, I avoid stiff plastic or paper in favor of cloth (such as the a frost blanket made of Agribon 50).

Either way, I weigh down my protectors–even my wheelbarrow, on a night like tonight is meant to be has a rock on top of it (top photo). Pillow cases can come in handy, since you can slip them over certain things. Whatever covering you use–and it’s better if it doesn’t weigh on the plants themselves, of course–it must go on before the deep cold begins, and must come off before the sun warms things up the following day. In my case, with 20s forecast Tuesday night as well, I’ll be recovering things tomorrow. 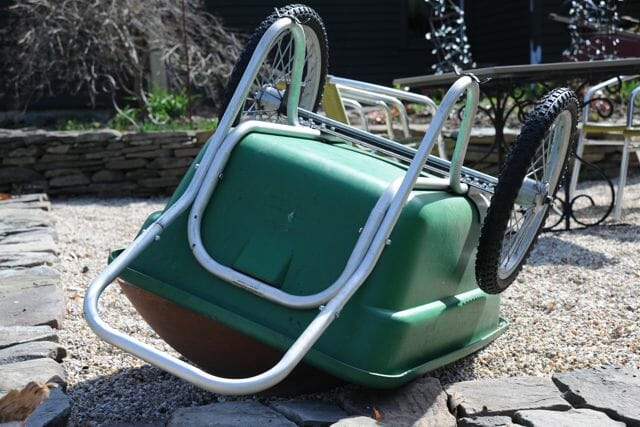 The scariest part is loss of tree buds on one-chance-per-year fruit-producing crops like stone and pome fruits, some of which are showing color nearby (and others are already open because of last week’s record warmth). The University of Illinois Extension says a fully open apple blossom, for instance, can withstand temperatures of about 28 degrees F, with substantial injury at 25 degrees and lower.

Pray for clouds tonight, which help keep warmth from the earth down nearer to its surface than a clear sky!

LOOKING OUT THE WINDOW, I feel silly posting the November chores—well, except for “shovel snow,” maybe, or “pick up branches if the snow melts” and..
Read More
b
September 25, 2009
87 Comments

A THREAT OF FROST always sends me scurrying to haul in the last houseplants, something that if I were a better person, I’d have done..
Read More
m
November 2, 2010
7 Comments

THE WINDING DOWN is well under way in my cold zone, and a beautiful time of reflection and rest lies ahead…if only we can get..
Read More